The app has close to 15,000 ratings on the App Store and more than 10 mn downloads on the Play Store.

In a bid to ramp up its presence in India, Google has acquired the makers and owners of popular train tracking app named 'Where is My Train'.

As per a report by The Economic Times, Google's acquisition of Sigmoid Labs is said to be in the $30-40 million ballpark figure though no official source has confirmed a number yet. 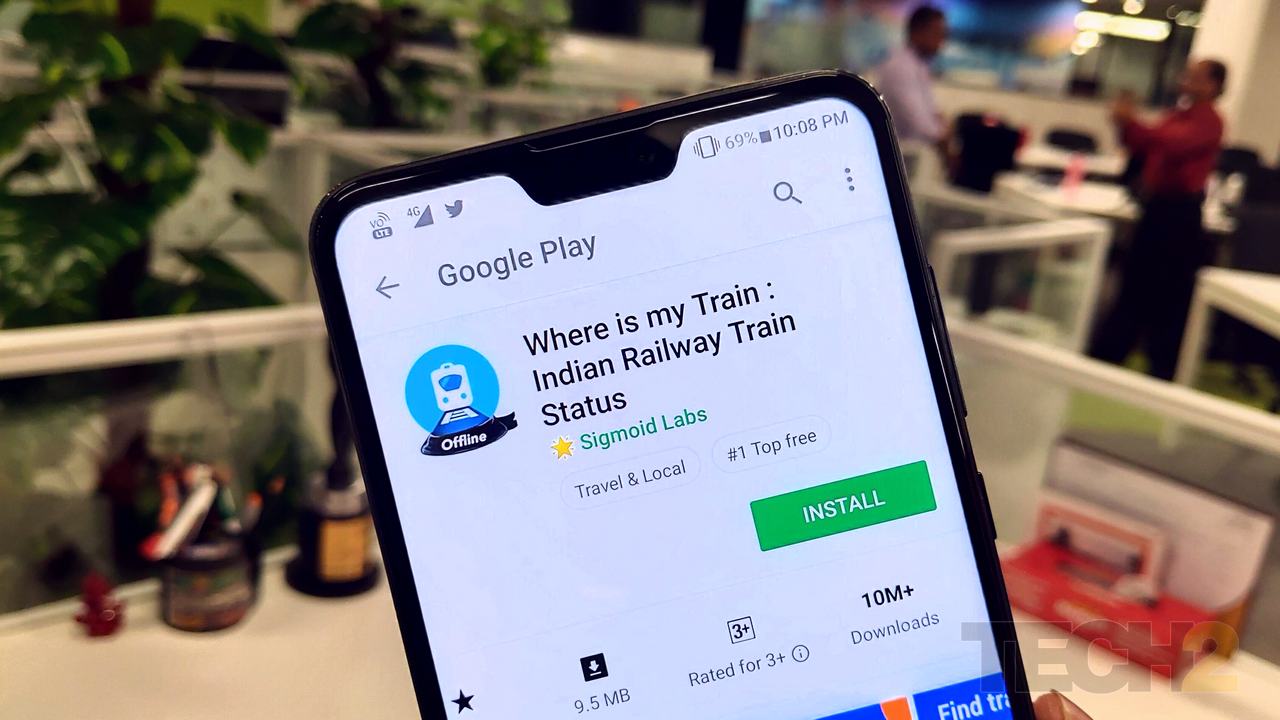 Where is My Train app on the Play Store. Image: tech2

The deal falls under Google's 'Next Billion User' division which is works on products and services to help increase internet adoption in emerging markets, especially India. Until now, Google has developed data-friendly 'lite' versions of popular apps like YouTube, and also dedicated their effort in public service initiatives like RailTel.

As per another report by TechCrunch, the app services' sizable userbase could suggest that Google might be trying to develop and expand its scope into spaces such as ride-hailing, food delivery etc. This is mere speculation at the moment but the tech giant would definitely consider their options.

There is also a larger possibility of Google attempting to use Sigmoid Labs' expertise to vastly improve and integrate new features into Google Maps.

For the uninitiated, what is Where Is My Train claim to fame? The app allows offline integration of Indian Railways and IRCTC timetables by using cell-tower information to locate trains. The app also helps customers find trains with just the source and destination or even broken names of trains.

The app has close to 15,000 ratings on Apple's App Store and more than 10 million downloads on the Google Play Store.

COVID-19: Planning to travel by train? Here are guidelines issued by some states