Under the hood, Aorus X9 is powered by an unlocked quad-core Intel Core i7 7820HK processor along with an option to add up to 64 GB of RAM.

Gigabyte announced the Aorus X9, a new gaming laptop to lead its line-up. The Aorus X9 comes with not just one but two Nvidia GTX 1070 GPUs in SLI in a slim design. However, the laptop will not be cheap as the company has priced the laptop starting at $1750 and the top configuration costing approximately $3,700. Gigabyte has packed Aorus X9 with the latest hardware to ensure that the potential buyer gets a powerful gaming laptop. According to the report by SlashGear, Gigabyte packs a massive 17.3-inch IPS display with 2560 x 1440 resolution. The report states that the display used on the X9 covers the full Adobe RGB colour space making it ideal for content developers. This display can be further upgraded to a UHD panel with 120Hz refresh rate and 3840 x 2160 resolution.

Under the hood of the laptop is powered by an unlocked quad-core Intel Core i7 7820HK processor. The processor can be overclocked along with an option of adding up to 64 GB of RAM. The company has added an option where customers can opt for two M.2 PCIe SSDs, each up to 512 GB, along with a regular hard drive with a capacity up to 2 TB. 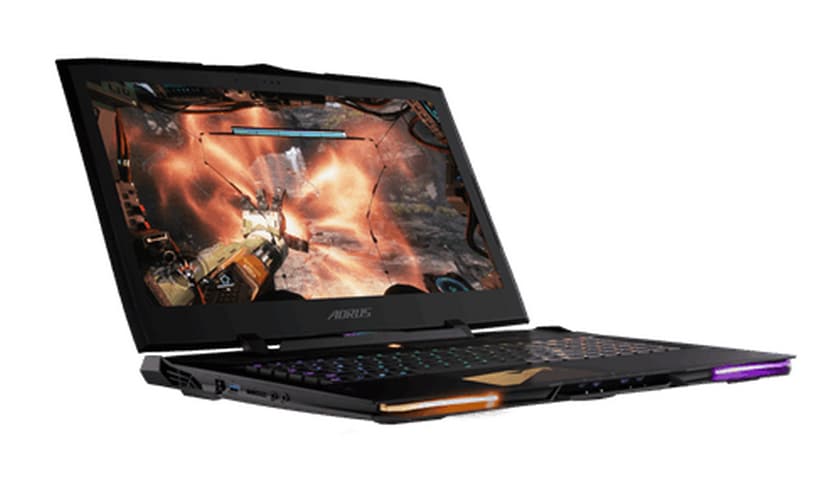 Gigabyte has added an RGB backlit mechanical keyboard with brown switches. As per the report by TechRadar, the RGB backlight on each key can be further configured to as many as 16.7 million colours. Cooling on the Aorus X9 is taken care by four fans and large cooling vents on the bottom and sides of the laptop. The company has added two speakers on top of the laptop and two sub-woofers down at the below of the laptop. Connectivity options on the gaming laptop include three USB 3.1 ports, an HDMI port, one USB-C port, a mini DisplayPort as well as an SD card slot along with dual-band WiFi and Ethernet.