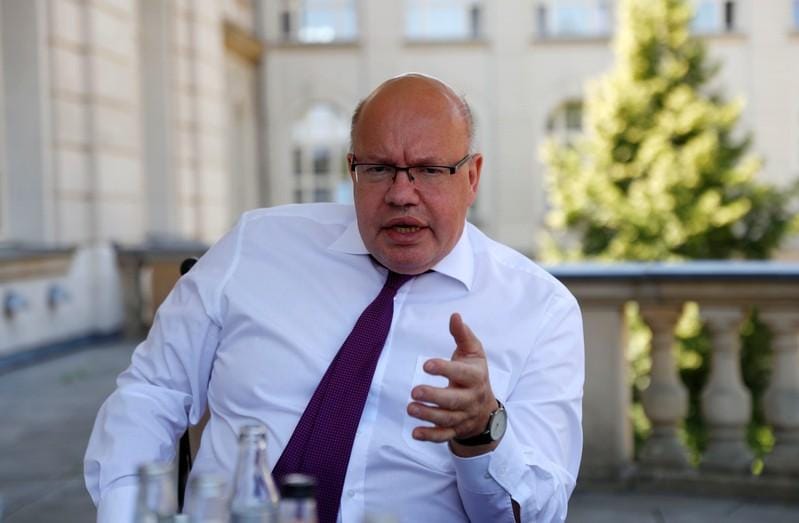 It would also strengthen the ability of the continent's automakers and battery makers to compete with Asian rivals CATL, LG Chem and Samsung.

"We've now reached a point where we can say that there is likely to be not only one battery cell consortium, but probably three," Altmaier said in a Reuters interview.

The Economy Ministry will submit all necessary state aid documents to the European Commission once it has completed its selection process, Altmaier said.

He declined to comment on which companies have the best chances of getting the earmarked funds.

Carmakers Volkswagen and BMW, German battery maker Varta and Swedish battery manufacturing startup Northvolt are among the more than 30 companies that applied for state funding from the German Economy Ministry.

The European Union allows state aid under certain conditions under its rules for Important Projects of Common European Interest (IPCEI).

"We hope that by the end of the year we will have clarity from Brussels," Altmaier said, adding that the industry's growing interest in the scheme showed Berlin was right to push ahead with its new industrial policy plan.

Northvolt has made two applications for German funding, one to set up its second gigafactory in Germany and another to fund its battery research project with customer Volkswagen.

Northvolt and Volkswagen also said this year that they are planning to set up a joint venture to build a battery plant in Salzgitter, Germany, but did not specify how they would fund the venture.

German carmakers have hesitated for years to build up their own production capabilities for EV battery cells. This has increased Asian suppliers' pricing power over European clients.

Stricter European emission rules and shifting consumer tastes have changed automakers' calculations, meaning demand for e-cars and batteries is expected to soar in the coming years.

The projected battery demand from EVs produced in Europe is more than five times the volume of currently confirmed projects in the region, business consultancy McKinsey said in a research note.

Battery demand from EVs produced in Europe will reach a total of 1,200 gigawatt hours per year by 2040, it said. This would be enough for 80 gigafactories with an average capacity of 15 gigawatt-hours per year, it added.

The German government is also funding a research facility to offer firms in Germany know-how to develop battery cells for electric cars.