At least 20 major German cities continue to record nitrogen oxide pollution levels that exceed the EU limits and would be unable to correct the circumstance before 2020.

The German government has made a proposal to introduce free public transportation as a radical measure to lower nitrogen oxide pollution in cities. 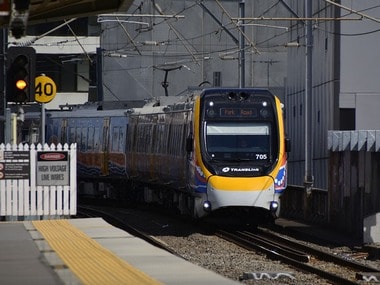 At least 20 major German cities continue to record nitrogen oxide pollution levels that exceed the EU limits and would be unable to correct the circumstance before 2020 according to a new report, Xinhua news agency said.

With the announcement on 12 February, Berlin attempted to prevent any legal action against it by the European Commission for continually failing to comply with European Union (EU) urban air quality regulations.

Several courts in Germany were also independently mulling imposing a driving ban on diesel vehicles in the worst-affected cities.

The Federal Administrative Court in Leipzig is expected to deliver a potentially-far reaching verdict in this context on 22 February.

Human exposure to nitrogen oxide emissions is associated with pulmonary diseases and is mainly caused by older diesel-vehicles.

News magazine Politico cited a letter by acting Minister for the Environment Barbara Hendricks and others to EU Environmental Commissioner Karmenu Vella which outlined the plan.

"If necessary", municipal and state governments should be supported financially in efforts to lower the number of private automobiles on their streets, the letter read.

How exactly the cost of the free public transportation would be covered though remained unclear.

The German government is also mulling a series of other proposals including "low emissions zones" for freight traffic to appease Brussels.

The measures are to be tested for their effectiveness first in small-scale experiments in five "model cities".

The letter said a multi-billion euros program co-financed by the state and carmakers was already underway to improve urban air quality and that the issue was of the "highest priority" in Berlin.

Responding to the letter on Tuesday, the Association of German Transport Companies (VDV) expressed doubts over the economic viability of free public transportation.

The VDV told press that it saw the proposals "very critically", given the need for taxpayers to cover around $15 billion dollars each year in revenue lost from ticket sales.

Other organisations highlighted the need to ensure that free public transportation would be introduced on a firm financial footing.

"Whoever wants cheap local public transportation has to be able to pay for it," German Association of Cities 'Staedtetag' director Helmut Dedy said.