Germany has been a leading proponent of stricter regulation of social media networks.

The head of Germany’s domestic intelligence agency accused U.S. tech giants like Facebook on 27 November of failing to take enough responsibility for content on their sites, undermining democracy by not distinguishing between fact and opinion. 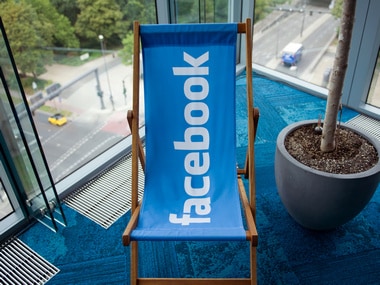 A picture shows the Facebook logo on a chiar in the cpmpany's Berlin office. Reuters

“Today we are discovering a ‘fifth estate’ that makes claims but up until now does not want to take any social responsibility,” Hans-Georg Maassen told a conference on cyber security organised by Germany’s Handelsblatt daily.

“These are huge digital companies that only see themselves as conveyors of information and hide behind the legal privileges enjoyed by platforms because they do not want to take over editorial verification of their content.”

Germany has been a leading proponent of stricter regulation of social media networks, passing a law in June to introduce fines of up to 50 million euros ($59.67 million) if they fail to remove hateful postings promptly.

Facebook has responded to tighter regulation in Germany and elsewhere by announcing plans to add thousands of extra workers to monitor reports of inappropriate material and review ads.

Maassen said it was significant that Facebook had admitted that millions of users had seen politically divisive ads on the site that it said were purchased in Russia before and after last year’s U.S. presidential election.

“Democratic pluralism loses its foundations if it is no longer based on facts and reality is reduced to opinions,” he said.

Maassen said he was pleased that there had been no major hacking or suspicious news leaks ahead of Germany’s election in September despite months of warnings, but he added that was partly due to his agency’s work and not a cause for complacency.

Facebook has said it took steps ahead of the German election to ensure the social media network was not used as a platform to manipulate public opinion, including taking down tens of thousands of fake accounts.