From 'cheap brand' to Hugh Jackman: the unlikely Micromax story

Micromax, the Indian smartphone brand has certainly come a long way, upping the ante with an aggressive global strategy by signing on Hugh Jackman as its brand ambassador, earlier this month.

IDC's (International Data Centre which tracks technology data) Q2 results compilation showed that the company had a 22 percent market share in the Indian smartphone market and that it was giving Samsung a run for its money. 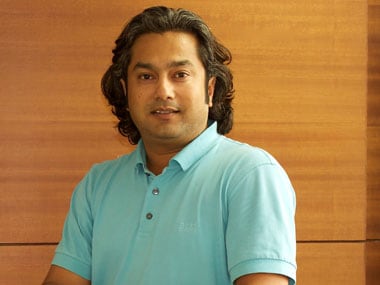 More recently Micromax launched a new smartphone, its first full HD screen device, the Canvas Turbo. As far as the Indian smartphone market story is concerned, Micromax has clearly emerged as the biggest home-grown name and now the company is is making plans to acquire a global audience.

We spoke to Shubhodip Pal, Micromax's chief of marketing officer, to understand the Hugh Jackman move.

Firstpost: Your co-founder Rahul Sharma spoke in a recent interview about launching 4G phones in India. How big a market do you see that to be and what is the pricing that we could expect?

Pricing we're still not sure but the product is in the last stages. As far as India's 4G market is concerned, it depends on when the licenses are through completely and how well the spectrum is aligned to the entire width, at least in the major cities. Yes (4G) is the next leap in the level of technology but if I don't get the 4G experience say outside major cities then it's of no use to me.

As far as other markets are concerned, they are pretty well-entrenched with 4G and as we move to another market, then definitely our 4G product is part of the portfolio.

You were quoted as saying once in an interview that Micromax is now shedding its image of cheap phones. How has that process been perceived by your consumers.

Yes, we did get pulled into the cheap brand tag initially, but we are not cheap, we were always affordable. It wasn't just about hardware but also to give users a good software. We did that with Canvas Music phone which had JBL headsets and for software we had tie-ups with Gaana, etc.

With our recent launch of Canvas Turbo, aligning our brand with Hugh Jackman meant that there's been a great buzz for our brand. We recently associated with Vogue in Mumbai for a Shopping Festival and then we aligned with them for the Vogue Fashion Fund, where upcoming designers used a Canvas Doodle 2 to designing. That segment of the audience was discussing our brand and that's exactly where we want to be.

We are moving away from this cheap-fuddy image that everyone puts us in. Just because we manufacture in China, doesn't mean we are a Chinese brand. Even Apple, Samsung produce in China.

So tell us about how Micromax convinced someone like Hugh Jackman for an Indian brand?

For us, the story started in February where we were planning how to take the brand to the next level. We wanted to deal with the brand ambassador directly. In India, everybody knows everybody and claims to represent everybody. We cut all of that and we just went straight to LA. I spent a week there. We didn't just want a global face, we also wanted someone who was popular in India.

Hugh Jackman was a perfect fit, he came back with an approval for us in exactly 48 hours. He approved the script for the advertisement in six hours. We did multiple shoots with him in 8-9 hours and it was that easy. He had done his homework about the brand though and knew what it was.

Associating with Jackman will give us the confidence to go ahead with our global launch for the brand.

There are also plans for a launch in Russia. The smartphones are also available in Sri Lanka and Bangladesh. So why Russia and how has the Micromax brand been perceived in Sri Lanka, etc.

In Sri Lanka and Bangladesh the brand has done very well, we're in the top three in these countries too. As far as Russia is concerned, the market that is very similar to India. It has 143 million people with 85 percent internet penetration. Also people change their handsets every 11 months there. Mobile internet is also growing there in a big way, mobile internet consumption is growing as well.

We feel that if we crack Russia, the rest of the European market should not be a problem. After Russia, we plan to target the Baltic countries, and then the big five states in Europe.

Russia also has a lot of events happening. Winter Olympics, F1 coming up next year, and the Football World Cup coming up in 2018. The challenge is hard, we'll be looking at the top five cities first and then take it on to the rest of market. It is a tough market to crack, and we've aligned with some big media partners.

Are we going to see more Micromax retail stores?

Yes, hopefully in the next 2-3 months. We are weak there and we will get a bigger presence soon. We held roadshows in all the big cities from Delhi to Pune to Chennai, we've showcased our entire range of products here. It did get us a tremendous response and got us a good response from a lot of consumers.

The two things we are really working on are Retail Stores and Service Centres. Once we have the Micromax World's up and about, we'll also get the service centres some more visibility. In the tier-1 market, we are still struggling with the service centres but we should sort that out in the coming months.

As far as manufacturing goes, a majority of it is still happening in China. Do we expect this to change in the future?

Why wouldn't we do it in India for our mobile phones, if we had the infrastructure for it. We make our FunBooks and LED tvs in Pant Nagar. When it comes to mobile, we need the right ecosystem. In China, the entire ecosystem is so well-aligned from chipsets to glass, etc. China is hungry for business and there are no problems there with the government.

But in India, even though it's getting there, it's still too slow. We still need the ecosystem for production which is just not present.

Elon Musk slashes employee benefits at Twitter, gets rid of several perks in a bid to increase profits