The freshly leaked images of the Moto X4 at first glance reveal a glossy back, courtesy of the glass rear along with the camera module in the centre.

Motorola's Moto X4, the company's mid-range offering for 2017 has been doing the rounds in terms of leaks lately. This time, it's the company's official distributor in Iran that has leaked the images of the X4 on their Instagram handle. The images at first glance reveal a glossy back, courtesy of the glass rear along with the camera module in the centre. The camera module does not hold any surprises after a previous report had shown the presence of a dual-camera setup on the Moto X4.

Another set of leaked images were brought forward by a tipster, Jerry Yin on Google+ who gave us a clearer view of the shiny back. First reported by SlashGear, the design of the Moto X4 in the images tend to follow a similar design language that Motorola has used throughout its product range this year. The front features large bezels to the top and bottom of the phone, the bottom bezel also housing the fingerprint sensor. The design, however, would disappoint fans expecting a return of the Motorola dimple on the back. Based on previous reports, the Moto X4 will come with a 5.2-inch Full HD display powered by Qualcomm Snapdragon 630 processor. The GPU is expected to be the Adreno 508 along with 4 GB of RAM and 64 GB of storage on board for the Asia-Pacific market. European markets will get a lower 3 GB variant with 32 GB of storage on offer. 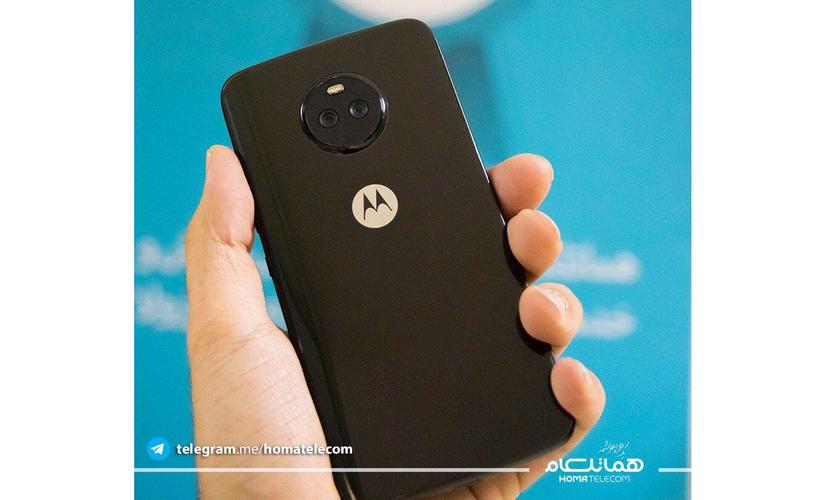