"It's the biggest news platform in the world. Most people in our country get their news — true or not from Facebook," Clinton was quoted as saying.

Former US Secretary of State Hillary Clinton might be willing to swap a life in politics to lead the world's largest social-networking company, a media report said. 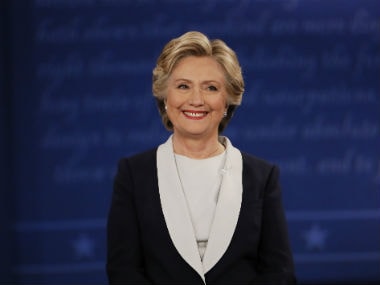 On being asked by Attorney General Maura Healey, a democrat from Massachusetts, which company she would want to be the CEO of, Clinton didn't pause before quickly answering "Facebook", CNET reported on 25 May.

"It's the biggest news platform in the world. Most people in our country get their news — true or not from Facebook," Clinton was quoted as saying.

The former US presidential candidate was at Harvard on 25 May receiving the Radcliffe Medal, which honours people who have "had a transformative impact on society".

Facebook is working to win back its users' trust following a series of recent controversies, including the Cambridge Analytica scandal, in which data from as many as 87 million Facebook users was improperly shared with the political consultancy.

In a bid to prevent foreign interference into elections, Facebook has also begun labelling all political and issue ads in the US — including a "Paid for by" disclosure from the advertiser at the top of the advertisement.

Advertisers wanting to run ads with political content in the US will also need to verify their identity and location.