By Tanvi Mehta and Vibhuti Sharma (Reuters) - One of Tesla's former biggest supporters on Wall Street said on Tuesday the electric carmaker's shares could fall to $10 from nearly $200 now, if tensions with China escalate and sap demand for its cars. Shares of Tesla edged down, heading for their fifth straight session of losses, and bonds weakened, after Morgan Stanley analyst Adam Jonas outlined his worst case scenario 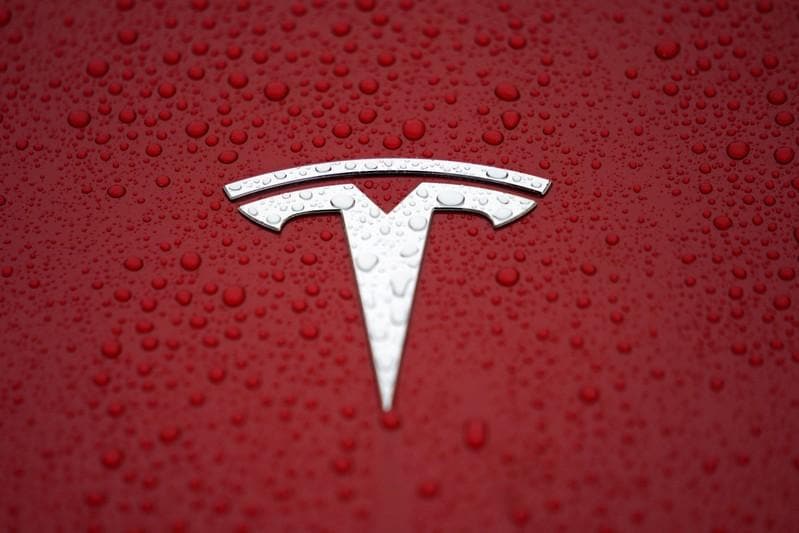 By Tanvi Mehta and Vibhuti Sharma

(Reuters) - One of Tesla's former biggest supporters on Wall Street said on Tuesday the electric carmaker's shares could fall to $10 from nearly $200 now, if tensions with China escalate and sap demand for its cars.

Jonas forecast the shares could be worth $10 to $391, with a price target of $230, a wide range that underscores the confusion and risks about Tesla's future.

The company is facing signs of dragging demand as rivals step up electric efforts, as well as issues related to cash flow and manufacturing, its outlook in China and its eccentric, charismatic Chief Executive Officer, Elon Musk.

"Tesla has grown too big relative to near-term demand, putting great strain on the fundamentals," wrote Jonas, rated a five-star analyst by Refinitiv for the accuracy of his forecasting on the company.

The company's stock, which has almost halved in value since last August, was down another 3% at $199. In the last 10 days, it has gained only once, when the company boosted prices of its Model 3 sedan last week.

It is building a factory in China to produce its Model 3 electric vehicles in the world's largest auto market and to escape a rise in tariffs on cars imported from the United States.

Another brokerage, Baird, cut its price target for the company to $340 from $400, saying concerns over demand, credibility and noise around the company have kept incremental buyers out of the market.

His bear case doesn't ascribe any value to robocabs but if the plan works, Jonas, who was once criticized in a New York Times article for being a cheerleader for Tesla, has a bull-case price target of $391.

The market action follows hot on the heels of a $2.7 billion fundraising round by the company two weeks ago that was oversubscribed, but has done little to settle the nerves of holders of Tesla's existing debt.

Its $1.8 billion high-yield bond due in 2025 with a 5.3% coupon weakened for a third straight day in European trading, with its price edging below 82 cents on the dollar and the yield up to 9.16% after touching a record high 9.25% overnight.

The spread of its yield over Treasury securities, a gauge of the added compensation demanded by investors for holding Tesla rather than safer government debt, widened to nearly 693 basis points.

By comparison, the average spread on corporate bonds rated "B" - roughly the same as "B-" rated Tesla - is 442 basis points, according to ICE BofAML bond index data.

It was also among Wall Street's more heavily shorted stocks, with about a fifth of its float on the line.

"FAANG stocks continue to dominate the list of most shorted U.S. equities ... but Tesla continues to hold the number 1 or number 2 spot since 2016," according to financial technology and analytics firm S3 Partners.

Of 31 analysts who cover the stock, 10 now recommend buying Tesla shares, nine are neutral and 12 recommend selling, according to Refinitiv Eikon data. The median price target is $250.19, a fifth above the current market.

While cutting their price target, Baird analysts reiterated their outperform rating, saying Tesla was "positioned to outperform over the long run, as it increases profitability, generates free cash flow and ramps up production of innovating products".