The new Ford Sync 4 system will be available on select Ford vehicles starting in 2020.

Ford Sync infotainment system has been updated to the fourth version, which brings features like wireless connections for Android Auto and Apple CarPlay, support for screens as big as 15.5-inch, voice recognition, among others.

According to the official release on the update by Ford, there will be an always-on display feature, and the voice assistant on the system will be triggered by the Ford. So just say, "Hey Ford, open my contact book" or "Hey Ford, read out the new messages". Besides that, the new update aims to give the users fewer cords and more wireless connectivity within the car.

Ford is also adding support for up to 15.5-inch displays in the car. Ford says, "On all-new available 12-inch screens, multi-tasking will be enabled by splitting the screen into larger and smaller windows. For example, if a customer wants to keep their navigation route on the screen while changing songs, they can choose to display the radio or other streaming music services in the smaller display area. Customers will be able to quickly scroll through nine different features to display as Information on Demand, making Sync 4 easier to use." 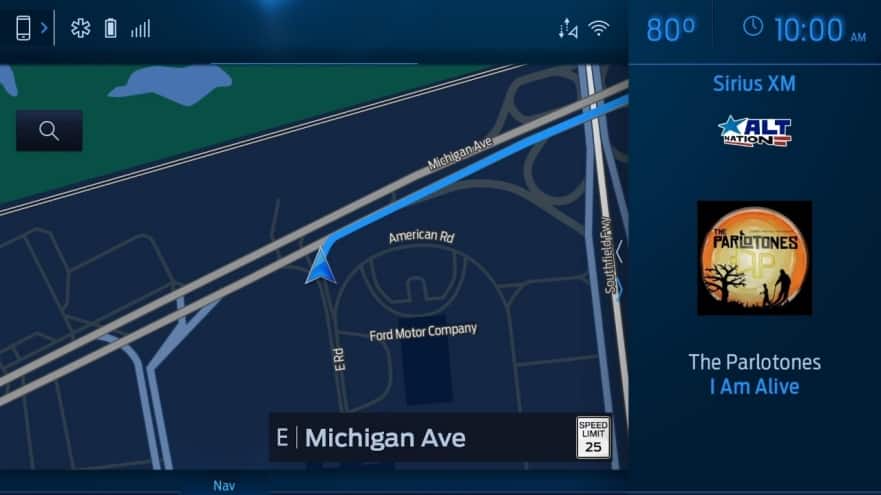 On larger 15.5-inch screens, Sync 4 features the addition of Adaptive Dash Cards. "Instead of having to navigate menus every time you want to launch an app, recently used or popular features are listed horizontally underneath the main portion of the screen in individual dash cards. These cards display helpful information such as the next step on your route, but they are interactive as well. You can pause or skip songs directly through the card instead of having to bring up your music player, and similarly you can view your phone status or hang up calls through the card as well."

Additionally, Ford says that navigation on Sync 4 is fully connected to and informed by the internet with maps that are frequently refreshed. Sync 4 also comes with optional navigation with the ability to share parking space availability and prices.

Using machine learning, Sync 4 will also make destination suggestions based on your previous navigation behavior and can even prompt you to make phone calls to people that you frequently speak to.

The new Ford Sync 4 system will be available on select Ford vehicles starting in 2020.