US carmaker Ford Motor Co and India’s Mahindra & Mahindra said on 22 March that they have signed an agreement to develop midsize and compact sports utility vehicles and an electric vehicle, which Ford could also potentially sell in other markets outside India. 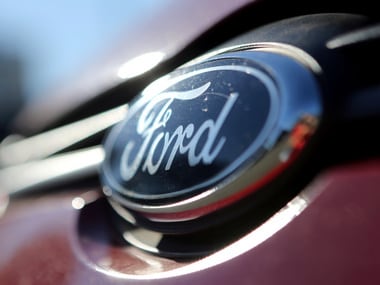 The agreement comes after Ford and Mahindra, one of India’s oldest vehicle manufacturers, announced plans last September for a strategic alliance. The companies said they will co-develop a midsize sports utility vehicle which will be “sold independently by both companies as separate brands.”

The automakers will also evaluate co-development of a compact SUV and an electric vehicle.

Ford and other global automakers are facing pressure as policymakers demand they start focusing more on electric vehicles over the coming years. A Ford spokesman in India said the automaker could sell the co-developed products in other markets around the world.

“We see the benefits of the products to be exported,” he said. “The details will evolve on this and it is early to make a comment on this.”

Indian Prime Minister Narendra Modi’s government has said it wants to ensure that by 2030 all new vehicles sold are electric. The Mahindra-Ford partnership, announced in 2017, is likely to help Ford get access to lower cost electric vehicle designs and local suppliers it needs to compete in markets such as India.

The two companies said on 22 March that they would continue to work together for a period of up to three years, which will include supporting Mahindra in global emerging markets.

“The strategic alliance ... continues to focus on leveraging the benefits of Ford’s global reach and expertise and Mahindra’s scale in India and its successful operating model,” the firms said.