Toyota's Lozano told a Mexico radio station later on Friday he expected the company's level of investment in the region to remain similar despite the shift in plans.

Toyota Motor Corp said on Friday it planned to build pickup trucks and possibly SUVs at a new plant in Mexico, a move that followed threats by U.S. President Donald Trump to penalize the company if it built small cars south of the border. 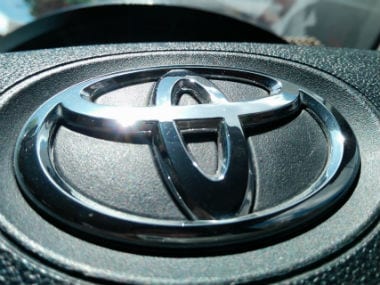 Toyota to manufacture trucks and possibly SUVs in Mexico.

Toyota initially planned to produce Corolla sedans at the plant it is building in the central state of Guanajuato but will now switch production of the small cars and a new Mazda SUV crossover to a new assembly plant planned for the United States. Trump threatened in January to impose a hefty fee on the world's largest automaker if it built Corollas for the U.S. market in Mexico.

Toyota de Mexico spokesman Luis Lozano said the global auto maker would study producing SUVs in Guanajuato, in addition to the Tacoma truck model. "We're going to concentrate only on pickups at the beginning and are studying the potential for SUVs in the future," he said. Trucks and SUVs represented some 65 percent of the North American market, Lozano said. The decision came as Toyota planned to take a 5 percent share of smaller Japanese rival Mazda Motor Corp as part of an alliance that will see the two build a $1.6 billion U.S. assembly plant and work together on electric vehicles.

A move to produce SUVs in Guanajuato would mark a continuation of a "burgeoning trend" of Mexican manufacturing meeting quality standards needed to produce more expensive vehicles, said Christopher Wilson of the Woodrow Wilson International Center. "Instead of building lower value cars that generally offer smaller margins in Mexico and keeping high-value SUV and luxury model production in the U.S., they are moving in the opposite direction," said Wilson, deputy director of the think tank's Mexico institute.

"The moves by Toyota seem to be designed to reduce political pressure on the company from President Trump," he added. Toyota's Lozano told a Mexico radio station later on Friday he expected the company's level of investment in the region to remain similar despite the shift in plans. "The investment that we calculated when we announced the decision to make a plant for Corolla was for $1 billion dollars," he said.

"At present, we don't have a final figure for what this change means for our assessments. Up to now, it seems it won't vary substantially," Lozano said.