Flickr will continue to operate as a separate entity after the deal closes, SmugMug said.

Photo management platform SmugMug said on 20 April that it has agreed to buy image and video-hosting website Flickr for an undisclosed amount. 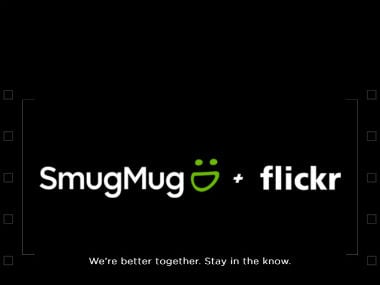 Flickr will continue to operate as a separate entity after the deal closes, SmugMug said.

“Uniting the SmugMug and Flickr brands will make the whole photography community stronger and better connected,” SmugMug chief executive Don MacAskill said in a statement. “Together, we can preserve photography as the global language of storytelling.”

Despite the growth of Instagram and Facebook, Flickr has tried to maintain its position on the internet. According to a report by USA Today, MacAskill said that Flickr has survived through the 'thick and thin' with the changes on the internet.

Flickr reportedly saw a decrease in the number of users as compared to its heydays. In March it was reported to have 13.1 million unique visitors which was a rise from 2017 where it had 10.8 million users. Verizon bought Yahoo Inc’s core business for $4.48 billion last year and the acquisition included Flickr, among other web properties. On Twitter, Flickr tweeted about the acquisition.

Together is where photographers belong! We’re thrilled to announce that Flickr will be joining @SmugMug to create the world’s best home for photography. Learn more: https://t.co/Jtm6f460IN #photogether pic.twitter.com/N8EF7CG2rq — Flickr (@Flickr) April 20, 2018

Flickr was founded in 2004 which was a common platform for people to share their photographs. A lot of dedicated Flickr users are calling this acquisition, yet another change to #MakeFlickrGreatAgain. Last time we saw that hashtag was when Marissa Mayer had just taken over as Yahoo CEO in 2012. Flickr has been loved by its community and the fact that it still has managed to stay afloat, in an age of Facebook, Instagram, Snapchat, speaks volumes about its community. A lot of users have high hopes from SmugMug to give Flickr the attention that it deserves.

Something about second and third acts in American life, but Online #MakeFlickrGreatAgain https://t.co/CE6CNz6lWw

Everyone is excited about SmugMug bringing back Flickr because it reminds us of a time when we thought the internet was gonna be a good thing. — Dave Pell (@davepell) April 20, 2018

Wow, this news is timed well, as I was just seriously considering abandoning Flickr after 14 years and 7,156 photos. Perhaps I’ll stick around a little longer now to see what the new owners might do with it. https://t.co/Fv4gRAhTFD

Verizon just bought Yahoo for $5 billion, but nobody really cares

Yahoo! unveils all new Flickr with 1TB of free space