There are many popular paid image editing software such as Adobe Photoshop but today we look at a few free alternatives that could do the job just as well.

It goes without saying that a good photo and video is almost always made even better through the magic of software. Post-processing, when done right and in moderation, gives your photos a new life (sometimes even a new perspective). 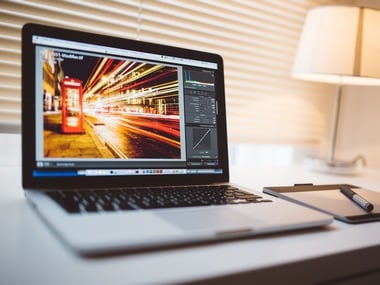 For years now, the industry leader in editors has always been Adobe, with their Creative Cloud suite and subscription model.

However, to the hobbyist, it can be quite exorbitant to even subscribe to it, let alone buy the entire thing. Here, we talk about a few free alternatives that do the job just as well. We’ve written a little about two video editors as well.

GIMP stands for the Gnu Image Manipulation Program and is the first word that people usually think about when it comes to free image editors. It’s a raster graphics editor, available on multiple platforms on PC. It has a similar interface to Photoshop: you have your tools on one side, there’s an option for your tool window and then you have your layers window on another side. Perhaps one of the most useful features of GIMP is the option of plugins. There is a wide database for them and there’s a plugin for almost any task you might need to carry out.

GIMP is extremely extensive, and it’s the choice of the FOSS community, thanks to the fact that it’s also open source. However, there are also some disadvantages. For example, GIMP has no direct RAW support yet (you have to install a plugin to enable it, which means a split workflow). It also has quite a bit of a learning curve as compared to Photoshop or Lightroom.

While Adobe Lightroom is paid for, the Android version of the same is free to use (with in-app purchases if required). Lightroom is an image editor that also works as an organiser and viewer. The biggest feature of Lightroom is that it lets you work with batches at a time, so you don’t have to edit each photo individually. This is very useful if you’ve shot sequences or a timelapse. The mobile version also has a few unique features: It lets you capture RAW (or DNG as Adobe calls it) photos directly on your phone, a feature that is highly welcome in budget smartphones. There’s also a professional capture mode that acts as a manual mode for the camera. It also has many features of the desktop version, like a curve editor (to change exposure, etc), HDR mode and so on. If you want the full potential of Lightroom, you can pay for a license and have Lightroom on all your devices, where your work can then be synced. Right now, it’s free only for Android devices via the Play Store.

Darktable is a free editor that was originally meant for Linux but is now cross-platform. Darktable focuses mainly on RAW editing but is just as useful for other image formats. It offers professional colour management thanks to the various colour profiles available.

One of the best features is that Darktable is a non-destructive editor, which means saving your file will not affect the integrity of the image. It also sports some components that are found only in paid applications, like tagging and adding images to a collection (for organising), adding plugins, and so on.

However, if GIMP was hard to learn, Darktable can be frustrating at times. There’s no concise user manual, and so you have to learn the ropes on your own. But once you’ve figured it out, it’s an extremely powerful editor that can do a lot. This is a video editor that was paid for until recently. Resolve is now free under the community edition. It’s a non-linear video editor that is quite popular, having been used by leading film industry editors as a part of their workflow. The features are just amazing for free software: multi-camera editing, advanced colour correction, and much more.

Blender is primarily known as an animator’s tool since it’s a rendering program. However, it also offers a very nice video editor as part of the package. Even better, Blender is also open source and the API is in Python, so you can develop your own scripts to go with it. The video editor is also non-linear, with your usual trimming, tweening and slider tools.

Lightroom for Mobile gets new RAW features; but here's what non-pro mobile workflow looks like