Fitbit claims that Ionic comes with a unibody design that packs as well as improves the signal for both the Bluetooth and GPS antenna inside. All three products will be available starting February 2018 at Croma, Helios and Reliance Digital stores. The company is offering these wearables in three colour combinations, the silver-gray with blue-gray clasp, the smoke gray with charcoal clasp and a burnt orange with blue band. Moving to specifications of Fitbit Ionic, the Smartwatch is the first to be powered by Fitbit OS. Fitbit states that the smartwatch comes with a new SpO2 sensor which allows it “to track deeper health insights”. These insights include detecting sleep apnea in the future, GPS tracking, tracking dynamic workouts, and heart rate tracking.

New features such as contactless payments with Fitbit Pay, onboard music, and smart notifications have also made their way to the Ionic. The OS packs Fitbit App Gallery where users can select the apps and clock faces that they are interested in installing on their smartwatch. 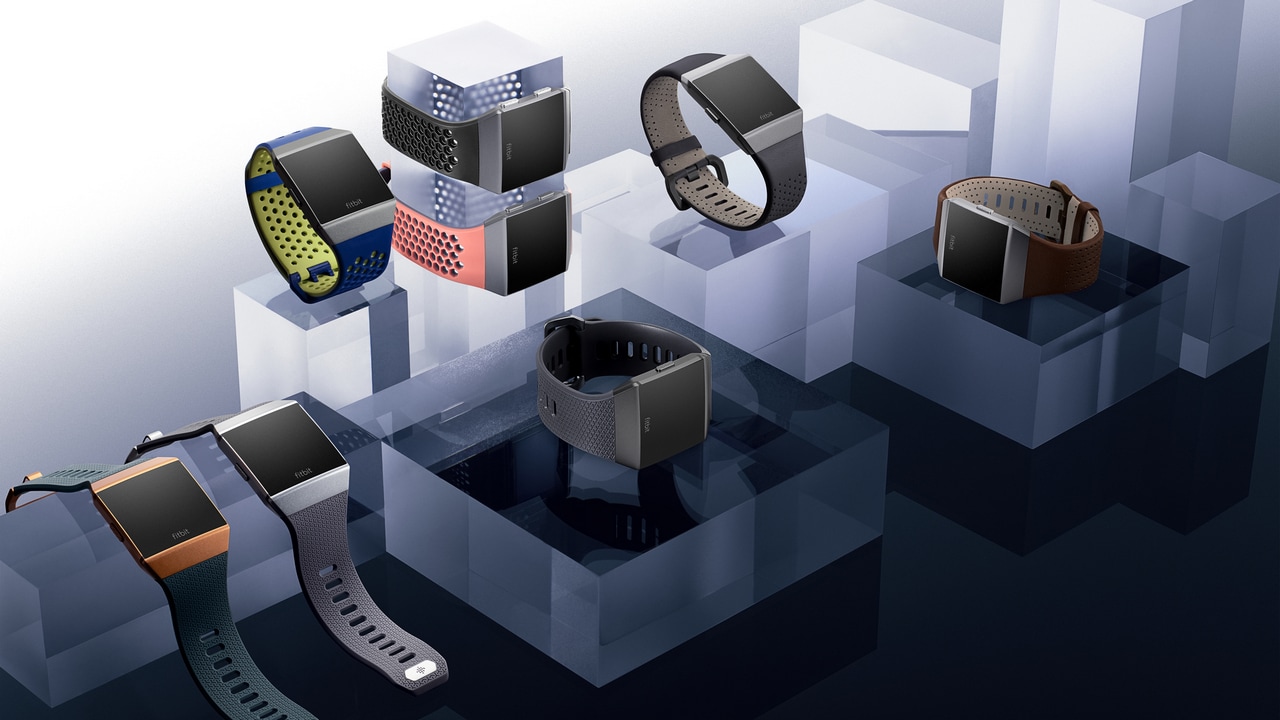 The App Gallery will pack first-party apps such as ‘Exercise’, ‘Fitbit Coach’, ‘Relax’, and ‘Timer’ to third-party apps such as ‘Strava’ and ‘Weather’ that is powered by AccuWeather. All the apps are designed to work on Ionic so that users do not need to download any companion apps on your smartphone. More apps will be launched this month to increase the app catalogue this month. Fitbit claims that Ionic comes with a unibody design that packs as well as improves the signal for both the Bluetooth and GPS antenna inside.

James Parket, the CEO and Co-founder of FitBit added, "With Ionic, we are delivering what consumers have not yet seen in a smartwatch – a health and fitness first platform that combines the power of personalization and deeper insights with our most advanced technology to date, unlocking opportunities for unprecedented health tracking capabilities in the future."

The spherical glass touch display with 1,000 nits on the smartwatch makes it easier for users to check the content in both, the bright sunlight as well as a dimly-lit surrounding. It also comes with accessories that can help users change the style of the smartwatch with the help of leather straps ranging from ‘Classic’, ‘Sport’, and ‘Horween’. The company claims up to 5 days of battery life on a single charge with 10 hours of GPS or playing music, automatic running detection with active GPS tracking, running companion, swim exercise mode, step-by-step instructions for a work out from the device. Fitbit Flyer is the first wireless headphones with ‘sweatproof design’, ‘customisable fit’ and ‘advanced sound performance’. It works both with Fitbit Ionic as well as the smartphone. Last but not the least, Fitbit Aria 2 is a ‘Wi-Fi Smart Scale’ where users can track their weight, the percentage of body fat, BMI, lean mass and manage a chart of your improvement.

Fitbit Inc has acquired Pebble, no more Pebble devices to be produced or sold