One reason for the G20’s inaction is that they see cryptocurrencies as too small to jeopardize financial markets.

Financial policymakers from the world’s top 20 economies agreed to keep a watchful eye on cryptocurrencies on 20 March and opened the door to regulating the booming industry at a later stage. 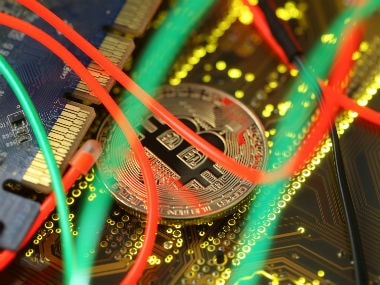 Wild swings in the price of Bitcoin, the best known of a myriad of digital currencies issued by private companies, and fears they may be used for evading taxes, launder money, finance terrorism, or just scam small investors have raised calls for concerted actions by global regulators.

Finance ministers and central bankers from the world’s 20 largest economies meeting in Buenos Aires asked regulators to monitor these “crypto assets” but stopped to stop short of any specific action, confirming a Reuters report published on 19 March.

“We call on international standard-setting bodies (SSBs) to continue their monitoring of crypto-assets and their risks, according to their mandates, and assess multilateral responses as needed,” G20 leaders said in the communique.

They also welcomed new standards to be proposed by the Financial Action Task Force (FATF), a 37-nation group set up in Paris to fight financial crime.

One reason for the G20’s inaction is that they see cryptocurrencies as too small to jeopardize financial markets. Their combined market value was, at its peak, less than one percent of the world’s economy, as the chair of the Financial Stability Board Mark Carney told the G20 in a letter.

But Argentina’s central bank governor Federico Sturzenegger said there had been demand at the summit to come up with specific recommendations on aspects such as data-gathering at the G20’s next gathering in July.

Before any concrete action can come though policymakers will have to overcome their differences.

France, which along with Germany put cryptocurrencies on the G20’s agenda, has proposed taking specific steps, such as banning deposits and loans in such currencies and the marketing of investments based on them to the general public.

Its finance minister, Bruno Le Maire, said three-quarters of the summit participants were in favor of action.

“We have to find solutions and to define at a multi-lateral level and at the level of the G20 a fair and efficient regulation,” Le Maire said.

But other countries worry that regulating cryptocurrencies would give them a degree of legitimacy while others are wary of new regulation after a decade of rule-making in the wake of the financial crisis of 2008-2009, sources told Reuters earlier this week.