Set to retain its rear-wheel-drive architecture, the new Mercedes-Benz C-Class will grow in size and borrow select features and design cues from the new S-class.

The date is out – the 2021 Mercedes-Benz C-Class will make its world premiere on 23 February. Despite the monumental market shift towards SUVs and crossovers, the C-Class has continued to be a key pillar for Mercedes-Benz globally. The fourth-gen C – which came out in 2014 – found over 2.5 million buyers worldwide, but now, seven years later, it is set to be replaced by the fifth-generation C-Class, which will be bigger, more luxurious and is set to draw heavily from its much bigger sibling, the new S-Class.

For now, Mercedes-Benz is keeping the world on tenterhooks, only revealing fleeting glimpses of the new C-Class. In the latest set of teasers, Mercedes has thrown light on (no pun intended) the new C-Class’ LED headlight – which could be equipped with the brand’s advanced Digital Light tech – and the grille, which appears to feature several small three-pointed stars.

The second teaser provides a peek at the silhouette of the new C-Class. While it isn’t too far removed from that of the outgoing model, the picture hints at the new C having a flatter nose, a strong shoulder line, pull-type door handles and slim LED tail-lights. 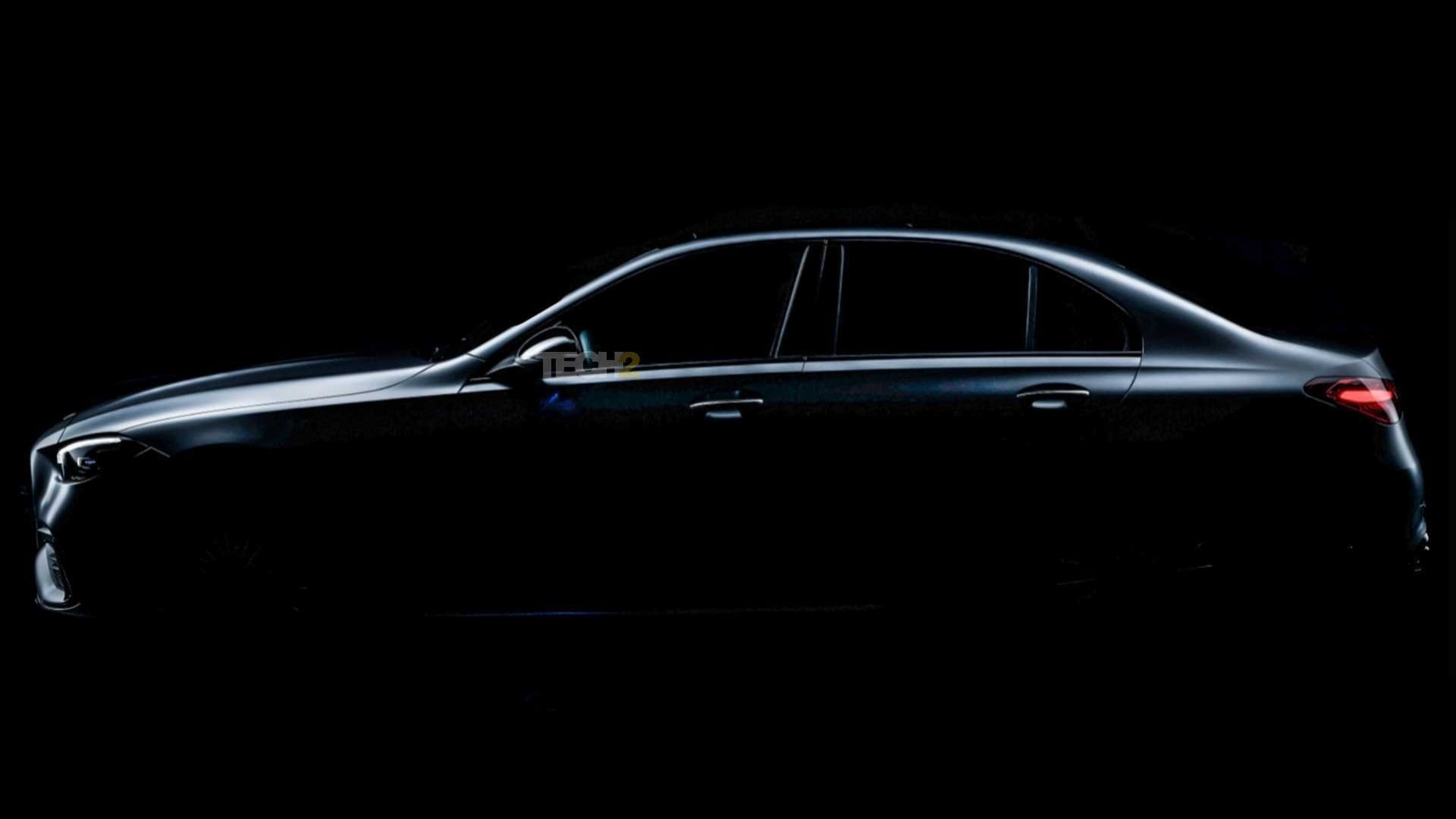 To help distance it from the A-class Limousine (which is expected to be launched in India by March this year), the new Mercedes-Benz C-Class will be about 65mm longer than its predecessor, with 30mm going into the longer wheelbase.

It’s based on the same Modular Rear Architecture as the E-Class and S-Class, which means it also retains its rear-wheel-drive setup. Apart from its design and styling (which will also be influenced by the new S-Class), the new C-Class will also aim to replicate the new S’ interior experience. It’s set to feature a large digital instruments display, an augmented reality display a tablet-style central touchscreen and the second-generation MBUX infotainment system. Additionally, the new C-Class is expected to be notably more spacious as well.

The unique thing with the fifth-gen C-Class will be that all versions – including standard and performance – will all get four-cylinder engines. There will be a range of 2.0-litre, four-cylinder petrol and diesel engines equipped with a mild-hybrid system, along with plug-in hybrid versions (with up to 100km of pure-electric range) and the AMG versions, which will also be powered by a hybridised four-cylinder engine. A 9-speed automatic is expected to come standard and select markets will also get versions with all-wheel-drive.

With Mercedes-Benz India having its hands full with launches that are overdue (think A-class Limousine and second-gen GLA), it’s unlikely that the new C-Class will arrive in India anytime soon. That said, Mercedes-Benz India has promised it has lined up a total of 15 launches for 2021 – including some we may not have seen coming – and the new C-Class will certainly make its way here in due course. When it does arrive, expect it to inch closer to the Rs 50 lakh mark, as Mercedes will try to create some breathing space between the A-class Limousine and the new C-class.