EU regulators have expressed concern about a plan by Facebook and WhatsApp to begin sharing users’ phone numbers and other data.

Facebook believes it could acquire other large companies without running afoul of antitrust enforcers if the world’s largest social media network chose to enter a new market, chief operating officer Sheryl Sandberg said on 29 May. 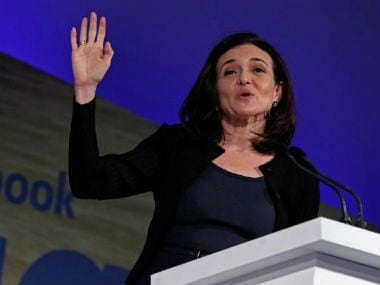 Sandberg was asked on stage by a journalist at the Code Conference whether Facebook, because of its size, would be allowed in the future to buy companies as it has such as virtual reality firm Oculus and messaging service WhatsApp.

“It really depends what it is. If it was in something that wasn’t core to what we were doing and a new area, like Oculus was, I think it would probably be allowed,” Sandberg said.

She gave no indication that a deal was forthcoming.

Facebook, one of the largest corporations by market capitalisation, has grown in part through acquisitions. In 2014 it bought WhatsApp for $22 billion and Oculus for $3 billion, but has not made a similar purchase since. It bought Instagram for $1 billion in 2012.

EU regulators have expressed concern about a plan by Facebook and WhatsApp to begin sharing users’ phone numbers and other data.

Sandberg said sharing data between the two services had benefits, such as catching people who exploit children, and that Facebook should not be broken up.

“If you are doing child-exploitative content, WhatsApp’s encrypted, but we know who you are from Facebook. We can take your account down on WhatsApp, too,” she said.