Facebook's 'People You May Know' feature is borderline creepy, here's another account

In a bid to know their user base better social media websites, like Facebook, have been trying its level best to get as close as possible to their users.

Facebook Ads which recommended restaurants or places to hangout, was considered invasive. But it seems like its 'People You May Know' feature is not as innocent as it seems. It not only suggests mutual friends you may want to connect with, but sometimes throws up random contact based on a lot of parameters. Sometimes, this can be borderline creepy. 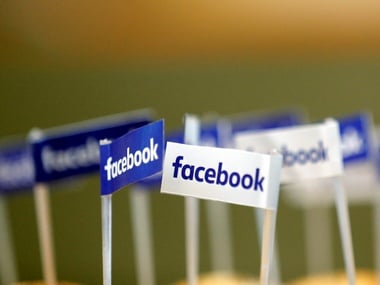 In a report on Gizmodo, reporter Kashmir Hill has narrated an incident where Facebook suggested a random person for her to add as a friend. When Hill asked Facebook how it figured she might want to befriend the person, Facebook wasn't forthcoming with any answer.

Hill always knew that her biological grandfather (with the last name Porter), had abandoned his son (Hill's father) when he was a child. Neither Hill nor her father displayed any keen interest in getting to know the Porter family.

However, when a certain Rebecca Porter appeared on the ‘People You May Know’ list, that's when Hill got a bit alarmed. With no mutual friends, or having had no childhood memories with Porter, or having never heard Rachel Porter's name, there was no reason why that name should have popped up in the 'People You May Know' list. Unless Facebook knew something more than it was giving out.

The reporter chatted with the ‘stranger’ and asked enough questions to be certain that she was her great aunt. While Hill felt happy, she felt Facebook knew much more than she did about her own family tree.

The 'People You May Know' feature is said to work when there are mutual friends or you are in similar Facebook groups or happen to be tagged in the same photos or networks such as alumni or workplace, and even sometimes contacts or accounts linked to Facebook.

According to the Gizmodo story, when the reporter enquired with Facebook, it wasn't very forthcoming.

In a bid to know their user base better, social media websites have been trying their level best to get as close as possible to their users. Facebook Ads is a case in point. Facebook also works with third party data brokers for helping businesses connect with people who might be interested in their products or services.

According to a report by ProPublica, Facebook has been working with data brokers since 2012, and had signed a deal with Datalogix. Chester, the privacy advocate from Center for Digital Democracy filed a complaint with the Federal Trade Commission (FTC). FTC did not respond. As per ProPublica’s experience, whenever Facebook tries to buy a Facebook Ad, the owner gets a list of categories out of which 600 categories are from data brokers. Categories include people’s income levels, the kind of transaction from stores, whether the stores is upmarket or a low cost one, the places they visit. Through the algorithmic data it searches the target audience.

In case of People You May Know, the categorisation remains uncertain.