Facebook is planning a virtual social community where users of its Oculus headgear can 'explore new places'.

Facebook-owned Oculus on Tuesday said it is buying the studio behind hit virtual reality game Beat Saber as it looks to expand VR technology to wider audiences. Oculus, which makes Rift and Quest VR headgear, did not disclose financial terms of the deal to acquire Prague-based Beat Games.

"Beat Games is joining us in our quest to bring VR to more people around the world," Oculus director of augmented and virtual reality content Mike Verdu said in a blog post.

"Beat Games' accomplishments are already impressive, but Facebook and the Beat Games team know that there is so much more that can be done across VR, games, and music." 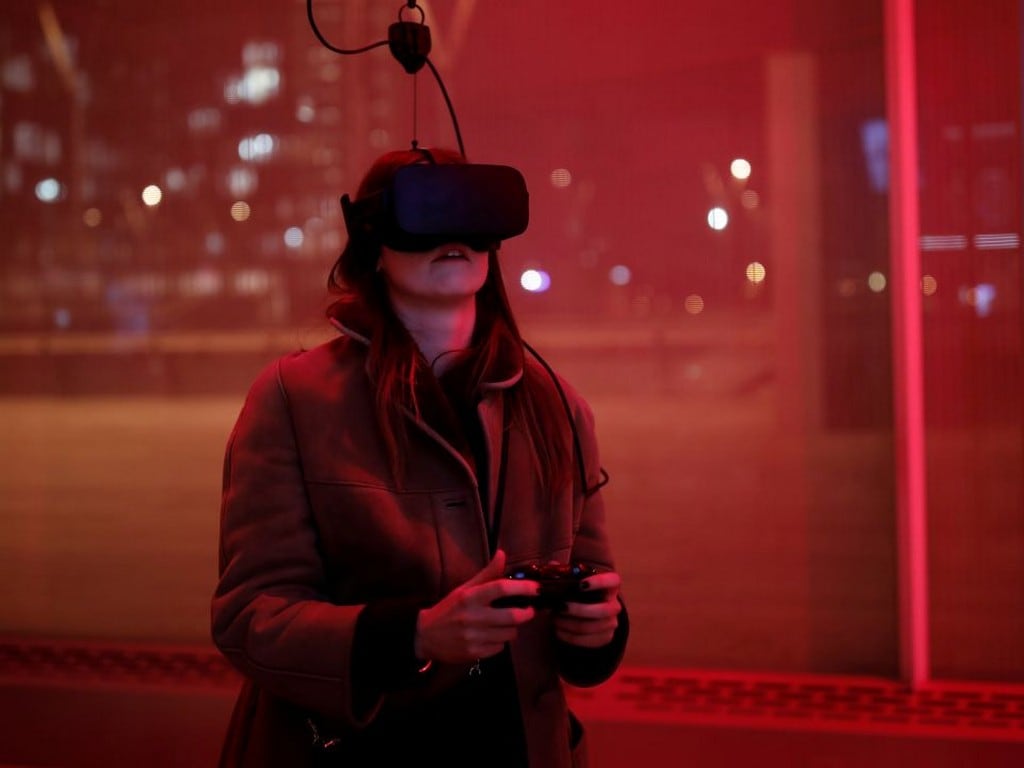 Oculus is exploring ways, including acquisitions, to accelerate the adoption of virtual reality technology. Image: Reuters

Great news: @BeatGamesStudio is joining Oculus Studios! @BeatSaber is the first VR-only platinum hit + one of the best ways to show people the magic of VR. We’re excited to welcome this awesome team. Director of Content Mike Verdu shares more on the blog: https://t.co/jKF98nkQ4h pic.twitter.com/oEWS5aGJJk

Verdu assured players that the studio would continue to ship content and updates for Beat Saber on platforms where it is already available.
In the virtual game, players use light sabers to slash oncoming, large cubes to the beat of music, sometimes twisting or ducking to avoid oncoming walls.

Oculus is exploring ways, including acquisitions, to accelerate the adoption of virtual reality technology, which Facebook chief Mark Zuckerberg has heralded as the next major computing platform.

"With the resources and know-how that we can offer, Beat Games will be able to accelerate, adding more music and more exciting features to 'Beat Saber' as well as bringing the game to more people," Verdu said.

Facebook is planning a virtual social community where users of its Oculus headgear can "explore new places" via its Horizon virtual world, which is set for a beta launch in 2020.

Oculus users will be able to choose an avatar and interact with others in the virtual community, Facebook said earlier this year.