Facebook Year in Review: Bahubali - The Conclusion emerges as the most talked about topic of 2017 in India

in 2017, Bahubali-The Conclusion was the most talked about topic for Indian Facebook users. The film is said to have garnered strong box office collections.

Facebook is out with its list of year-end review. It has come out with the ten most talked about moments this year in India. Dubbed the Year in Review 2017, Facebook has listed top ten single moments in India which were most talked about. 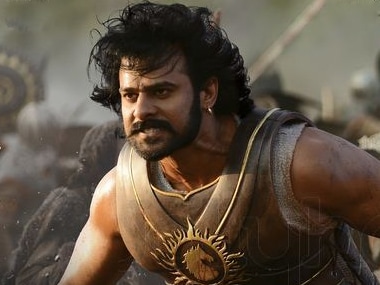 Surprisingly, in the third spot was 'India-Pakistan Final, ICC Champions Trophy 2017'. In a country which is obsessed with cricket, the match between the two rival teams could not top the two above.

In the fourth position was 'Superfast / Mail trains in India'. The year saw a host of announcements made by the Railways Ministry.

Meanwhile, this year, few yesteryear superstars also passed away. Among them was the veteran actor, Vinod Khanna. Death of the actor saw heartfelt eulogies, messages and news about the former actor pouring on Facebook. This moment came in the fifth spot. 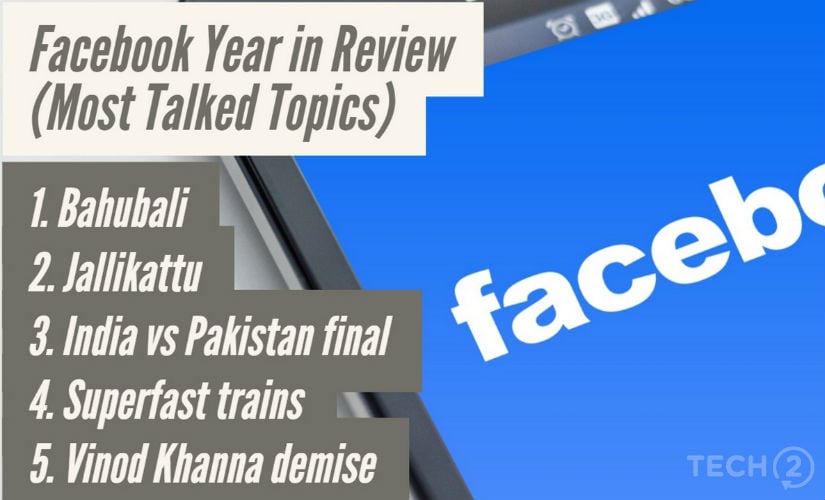 Bahubali-The Conclusion became the most talked about topic in India.

Jai Lava Kusa, a Telugu language action–drama film released this year stood seventh. It generated a lot of interest among the users.

In the eighth spot was Yogi Adityanath, who became the chief minister of India’s largest constituency, Uttar Pradesh.

Meanwhile, Manushi Chillar, the sixth Indian to become the Miss World and who broke the seventeen-year dry spell, was the ninth most talked about moment.

Last was the Gorakhpur Tragedy where a large number of children died at a hospital at Gorakhpur in Uttar Pradesh.

Chester Bennington, in the end you did matter: A playlist of Linkin Park's most memorable tracks