The app will use the data to improve its products across Facebook, Instagram, WhatsApp, Portal and Oculus.

Facebook has introduced a new app called ‘Viewpoints’ that claims to be a “market research app”. It will reward users who participate by filling surveys, research and doing tasks. The company states that it will use insights from the app to improve its products including Facebook, Instagram, WhatsApp, Portal, and Oculus. 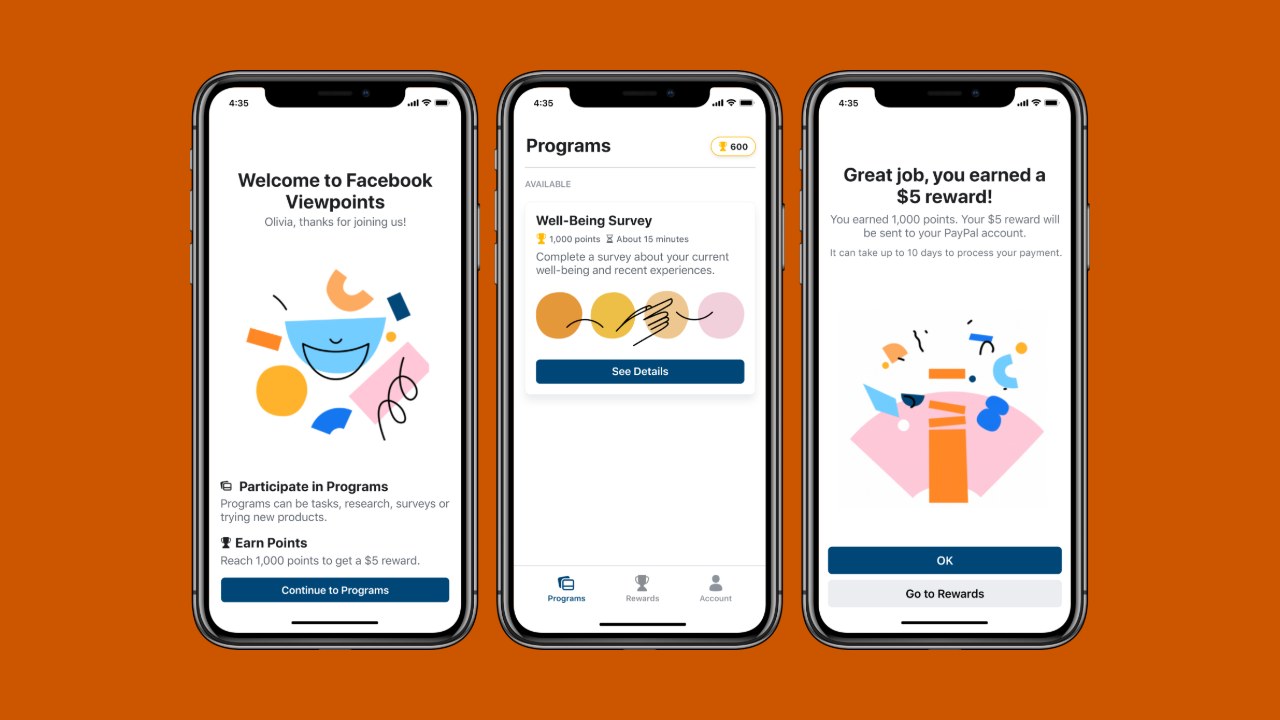 Users have to willingly participate in Viewpoints and after creating an account, they will be invited to programs. Before one joins a program, the app will display its details, the information it will collect and the reward that users will receive. Rewards are given as points and every time a user reaches a certain number of points, they are eligible for payments that will be sent to their PayPal accounts.

Viewpoints is starting off with a ‘Well-Being Survey’ program that will explore the impact of Facebook on people’s well-being. Facebook Product Manager Erez Naveh says that the information collected from this survey will help the company build products to “limit the negative impacts of social media and enhance the benefits.”

The company acknowledged that it will ask participants personal information such as name, email address, country of residence, date of birth and gender. Additional information such as location will also be asked to ensure whether one is eligible for the program. Then there’s the usual Facebook boilerplate text about privacy stating, “We won’t sell your information from this app to third parties. We also won’t publicly share your Facebook Viewpoints activity on Facebook or on other accounts you’ve linked without your permission.” But hey, it’s Facebook which doesn’t have the best track record in this area. It also says that users can end their participation at any time.

Before Viewpoints, Facebook had 'Study' that paid users for providing their app usage data. The social media giant has said that the information will not be used to target ads and neither will it be shared with third-party companies. Before Study, there was 'Facebook Research' that paid 13-17-year-old teenagers around $20 to install a VPN on their smartphones, which would allow Facebook to get complete access to their phone's data. However, the social media giant pulled the app down after controversy.

Viewpoints is meant for users who are 18 years and older in the US. It said that it will provide additional ways for people to register and then eventually expand to new countries.