Lifestage was launched to get teens to use Facebook services, over competing applications that were attractive to the demographic, such as Snapchat.

Last year, Facebook had silently launched a teen-centric social networking application called Lifestage. Just as silently, the application has been pulled from the App store. The application shut out anyone over the age of 21, but users could fake their age to get in. Lifestage was launched to get teens to use Facebook services, over competing applications that were particularly attractive to the demographic, such as Snapchat. 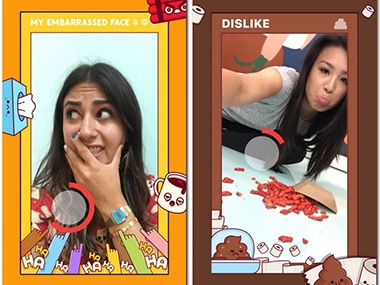 According to a report in Business Insider, Facebook will be using the learnings from the Lifestage experiment in its other products that have features similar to the camera-first Snapchat application, such as Instagram, WhatsApp and Facebook "stories".

Lifestage was similar to a video version of a slambook, where teens could answer biographical questions and share a video profile of themselves on school networks. The application was primarily meant to be used among classmates.

Every time the profile was updated, it showed up in the feeds of other classmates. Users had to unlock school networks, and then could access the profiles of other users in the same school. A minimum of 20 users from the same network were required for any school to get active on the application. However, there was no integrated facility to check if a particular user actually went to the school they claimed they were going to. If users hit the age limit of 22, they could see their own profiles, but not that of others.

The application was initially an exclusive to the Apple App store, but was launched on Android in October 2016. However, adoption of the application was slow, and had dropped to the number 1289 in the Social Networking category on iTunes, according to analytics by App Annie by the time the app was launched on Android. Even then it was believed that the learnings and features from Lifestage would be included in Facebook, if Lifestage failed to catch on. The application never went viral.