The worldwide data on intellectual property-related takedowns is a new disclosure for Facebook as part of its biannual “Transparency Report".

Facebook Inc announced on 18 December that it removed nearly 3 million posts, including videos, ads and other forms of content, from its services during the first half of 2017 following complaints of counterfeiting and copyright and trademark infringement.

A 3D plastic representation of the Facebook logo. Image: Reuters

The worldwide data on intellectual property-related takedowns is a new disclosure for Facebook as part of its biannual “Transparency Report,” Chris Sonderby, a deputy general counsel at the firm, said in a blog post.

“We believe that sharing information about (intellectual property) reports we receive from rights holders is an important step toward being more open and clear about how we protect the people and businesses that use our services,” Sonderby wrote.

The ninth Facebook transparency report also showed that government requests for information about users increased 21 percent worldwide compared with the second half of 2016, from 64,279 to 78,890. 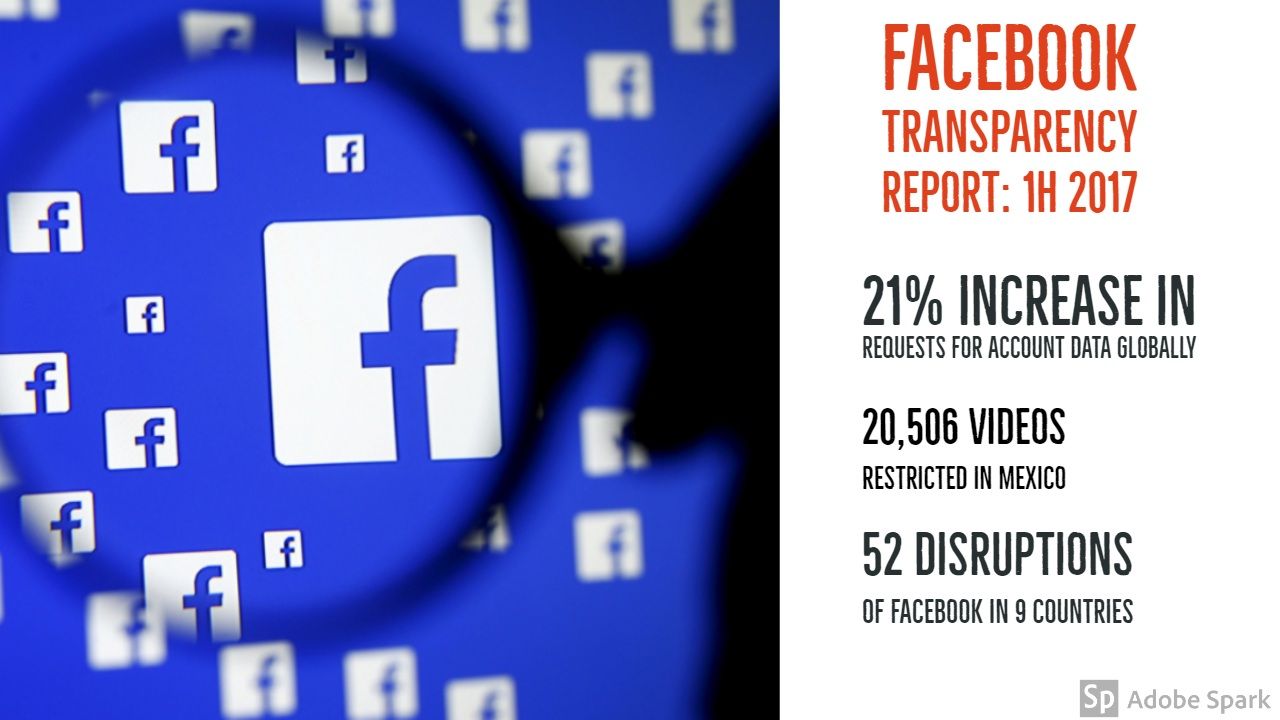 For intellectual property disputes, Facebook offers monitoring tools that alert rightsholders to suspected copies of their videos and songs on Facebook and use of their brand. Rightsholders can send takedown requests for unauthorized uses to a team of Facebook content analysts.

Entertainment and media industry groups have long expressed frustration with the process, contending that they bear too much of the internet policing burden and that online services should be more proactive about stemming infringement. Facebook did not supply data about earlier periods or release individual requests, a level of detail that advertising rival Alphabet Inc provides for requests to remove Google search results.

Aggregate data shows Facebook received about 377,400 complaints from January through June, with many referencing multiple posts. About 60 percent of the reports related to suspected copyright violations on Facebook.

A “small fraction” of requests were excluded because they were not sent through an official form, Facebook said.

The company removed user uploads in response to 81 percent of filings for counterfeiting, 68 percent for copyrights and 47 percent for trademarks, according to its report. The percentages were roughly similar for Instagram.