Dubbed Workplace Chat, Facebook is using own its popularity and its reach to begin this new venture. The Workplace Chat's beta version runs on PC and Mac.

Facebook has released a beta version of its Workplace platform's desktop app. Like Slack, it allows group members of a Workplace to chat and work together. 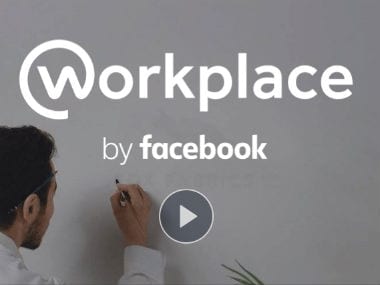 Dubbed Workplace Chat, Facebook is using own its popularity and its reach to begin this new venture. The Workplace Chat's beta version runs on both PC and Mac.

“This is one of the most widely requested features by customers, so we built it. The desktop app is still in beta and is being tested by Workplace customers who are providing feedback that we’ll use to improve the product before a wider rollout,” said Facebook spokesperson, Vanessa Chan to TechCrunch.

According to Facebook, while you use a personal account, Workplace Chat is a professional space where all of a user's co-workers can be notified and share information regarding the company.

The desktop app has a native notification button. And just like any other chat app, it allows video and voice calling, sharing of files, etc. On this app, the user can also live stream videos. It can livestream 360-degree recordings as well.

Though the Workplace platform is free, it has a premium version as well.

Interestingly, it allows the user to share their screen as well. However, users have control over what they want to share so that they can maintain their privacy. The beta link is available on Facebook.

On Windows it is supported by 64-bit Windows 7 and above and for Mac users on macOS 10.9 and above.

Currently, it is already being used internally by Facebook employees.