Facebook VR VP, Hugo Barra who comes from Xiaomi, revealed that the Oculus Go will be manufactured by Xiaomi.

It's day one at CES 2018 and there's already a some big announcements happening. Facebook-owned Oculus has announced a hardware partnership with Chinese technology brand, Xiaomi and chip maker Qualcomm. 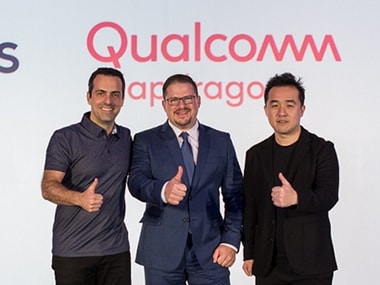 It was none other than Facebook VR vice president, Hugo Barra who showed up on stage at Qualcomm's press conference to make a few announcements.

Barra, who comes from Xiaomi, revealed that the Oculus Go will be manufactured by Xiaomi. The Oculus Go will also use chipsets from Qualcomm. This would be the Qualcomm Snapdragon 821, which is also found in smartphone flagships that are now a year old. It does however, serve the purpose of delivering mobile VR experience.

Another reveal was that Xiaomi was also working on a China-specific variant of the Oculus Go. The new variant will be called the Mi VR Standalone. The Oculus Go VR headset alongside the new Mi VR Standalone by Xiaomi.

The Oculus Go is a standalone virtual reality headset that was announced back in October, 2017. Facebook-back then revealed a self-contained VR headset that did not need a separate computer to operate, offering a proper untethered VR experience at a low price of $199.

On day one at CES 2018 there was no launch date announced for this VR headset for the masses but expect these to go on sale early this year.