A separate News tab will now appear in the Facebook app where all the news stories will be pushed.

Facebook has launched its News service with a select few publications in the US. It’s being rolled out as a test for a limited audience of 200,000 users in the region. The service will be starting with four categories of publishers including general, topical, diverse and local news.

Facebook's News section will start off with a few publications and expand to around 200 publications eventually. Reuters

As reported by The Wall Street Journal, the initial outlets in the News service include ABC News, NBC News, Fox News, Condé Nast, the New York Times, the Los Angeles Times, Bloomberg Media, USA Today publisher Gannett Co, BuzzFeed News, Business Insider, Washington Post, and WSJ itself. Facebook will be paying a licensing fee to all the publishers and it plans to expand to as many as 200 publications. 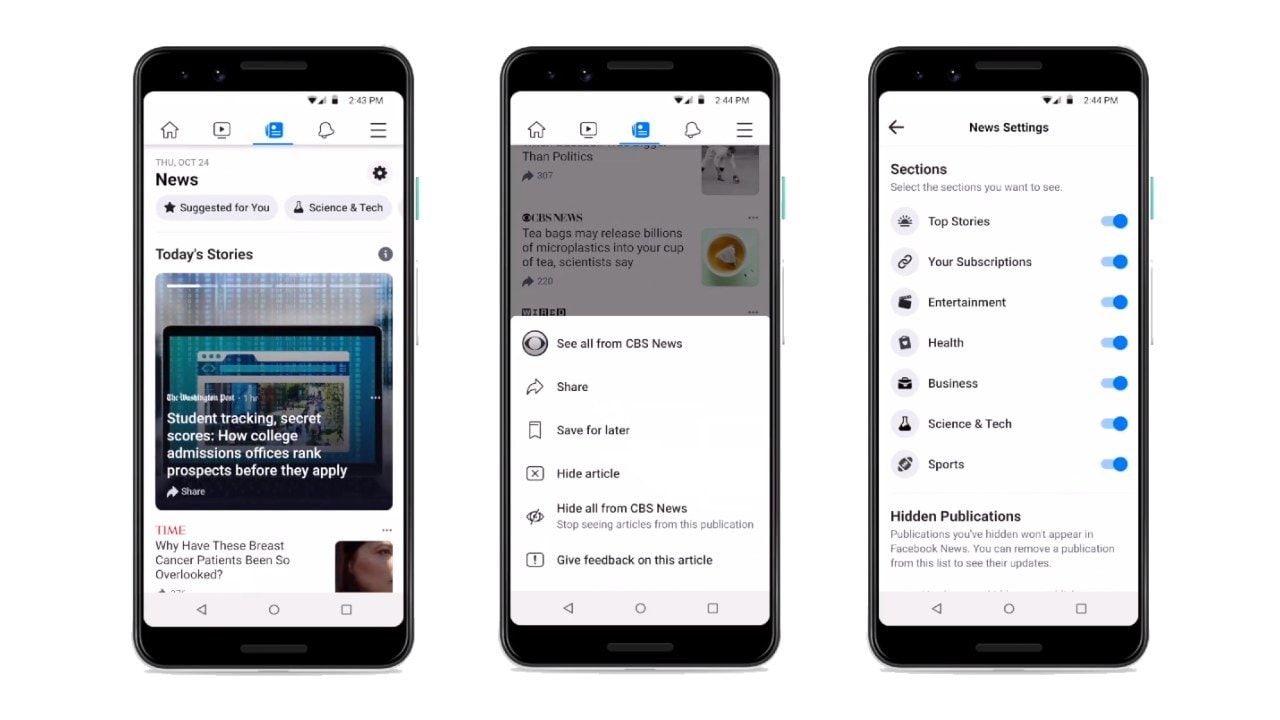 The News tab will have regular features just like other news aggregators to categorise and display articles in a more user-friendly manner. Sections like 'Today’s Stories' will be chosen by a team of journalists at Facebook to highlight the important news of the day. Users will be able to personalise their news section by selecting the topics that they are interested such as business, entertainment, health, science and tech, or sports. The kind of news that users read, share and follow, the section will automatically learn your interests and topics so that it displays relevant articles. Some publishers allow paid subscriptions on Facebook and users will be able to link them in this section itself.

📰 Introducing Facebook News - a dedicated news tab starting to roll out today in the US pic.twitter.com/Mrkx6CGWaq