In a clear message to news publishers, Brown recently said it is not Facebook's job to recruit people from media organisations for the content on the social media platform.

To help "metro newspapers" take their digital subscription business to a new level, Facebook has launched a local news accelerator for news publishers. 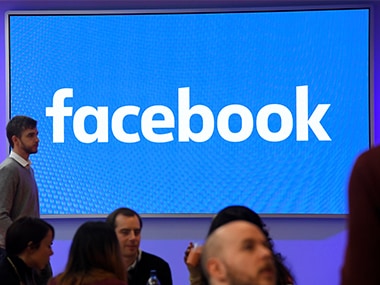 "We are working with Tim Griggs, a former New York Times executive and leading digital media consultant, to helm the programme's curriculum focused on understanding digital audiences and building marketing plans for digital subscriber acquisition," Campbell Brown, Head of News Partnerships at Facebook, said in a blog post on 28 February.

Currently, enrolled publishers include The Boston Globe, The Chicago Tribune, The Miami Herald, The Seattle Times and The San Francisco Chronicle, among others.

When it comes to the future of journalism, digital subscribers are critical to the long-term sustainability of the news business.

"We know Facebook is one part of the strategy to engage readers and ultimately drive paid subscriptions," added Brown, a former NBC and CNN anchor who joined Facebook to lead its news partnership team last year.

Participating publishers will convene in-person once a month, receive coaching from digital subscription experts and participate in weekly training covering a broad array of digital subscriptions marketing activities, including but not limited to the use of Facebook.

"Working with programme coaches, publishers will then design individual projects that tackle their unique business needs. Grant funding will empower each publisher to implement solutions that help elevate their subscription business," Facebook said.

"The Accelerator has been designed by publishers for publishers," said Jim Friedlich, Executive Director of The Lenfest Institute for Journalism.

"The workshop and grant programme addresses one of our most significant opportunities for new revenue to fund local journalism. We look forward to sharing the learnings with news organisations worldwide," he added.

In a clear message to news publishers, Brown recently said it is not Facebook's job to recruit people from media organisations for the content on the social media platform.

At the "Code Media 2018" conference in California organised by Recode, Brown said, "Her job is to make sure there is quality news on Facebook".

But "my job is not to go recruit people from news organisations to put their stuff on Facebook," she was quoted as saying.

Facebook has also rolled out an update to its News Feed that will prioritise local news that has a direct impact on the users and they can discover what's happening in their area.

The update comes after the social media giant announced changes to News Feed that showed posts from friends and high-quality news sources.

In addition to prioritising local news, Facebook is also testing a dedicated section on Facebook that connects people to news and information in their community, called "Today In."