Facebook announced that it is increasing the maximum resolution of images that are shared using Facebook Messenger to 4k from the previous 2k.

Facebook announced that it is increasing the maximum resolution of images that are shared using Facebook Messenger. Now users can send 4K resolution images with 4,096x4,096 pixel dimensions using Messenger. 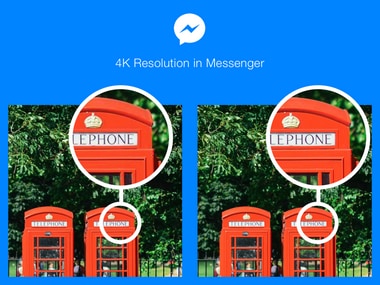 The social media giant stated that Facebook users share more than 17 billion photographs using the Messenger. According to the post by the company, this move to support the highest resolution that many high-end smartphones now support will make ‘conversations richer, sharper, and better than ever’. The increase in the maximum resolution of the images shared on the platform will ensure that images shared will be ‘much sharper and clearer’ for more details.

Facebook will start rolling out the feature for both Android as well as iPhone users in United States, Canada, France, Australia, UK, Singapore, Hong Kong, Japan, and South Korea. This means that the feature will not be available for everyone at launch. 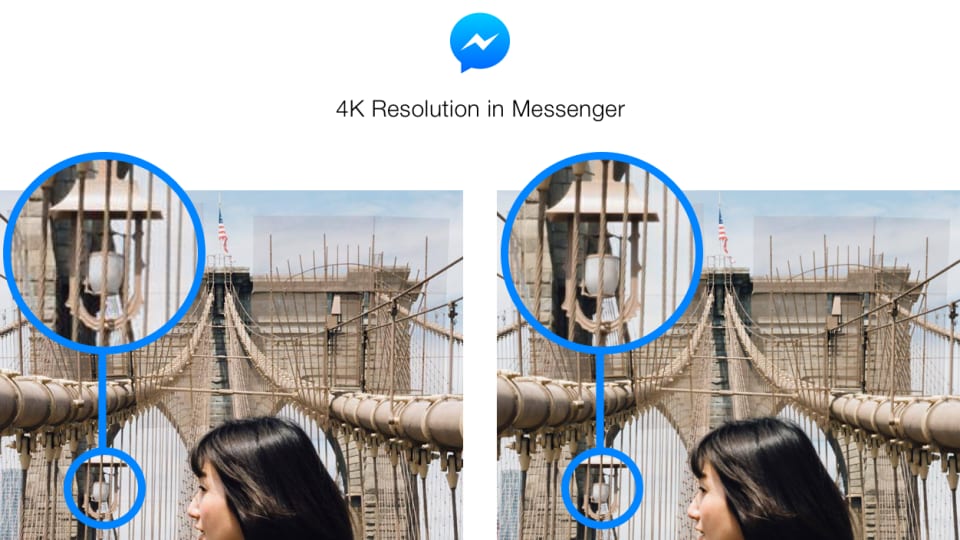 Once the rollout is done in these countries then Facebook will start rolling out the 4K resolution for other countries. The company details that users need to update their Messenger app and ensure that they are on the latest version of Messenger.