Looking at the way things are going, it will only be a matter of time before things get overwhelming on Instagram.

Instagram is one of the most valuable acquisitions of Facebook, and one that has shown tremendous growth over the years. We have already seen a boatload of features being added on to the photo-sharing social network over the last couple of years, especially pertaining to its Stories portion. But at Facebook F8 2019, the first one since Instagram's founders departed, we got a glimpse at how the integration between Facebook and Instagram is becoming much stronger. 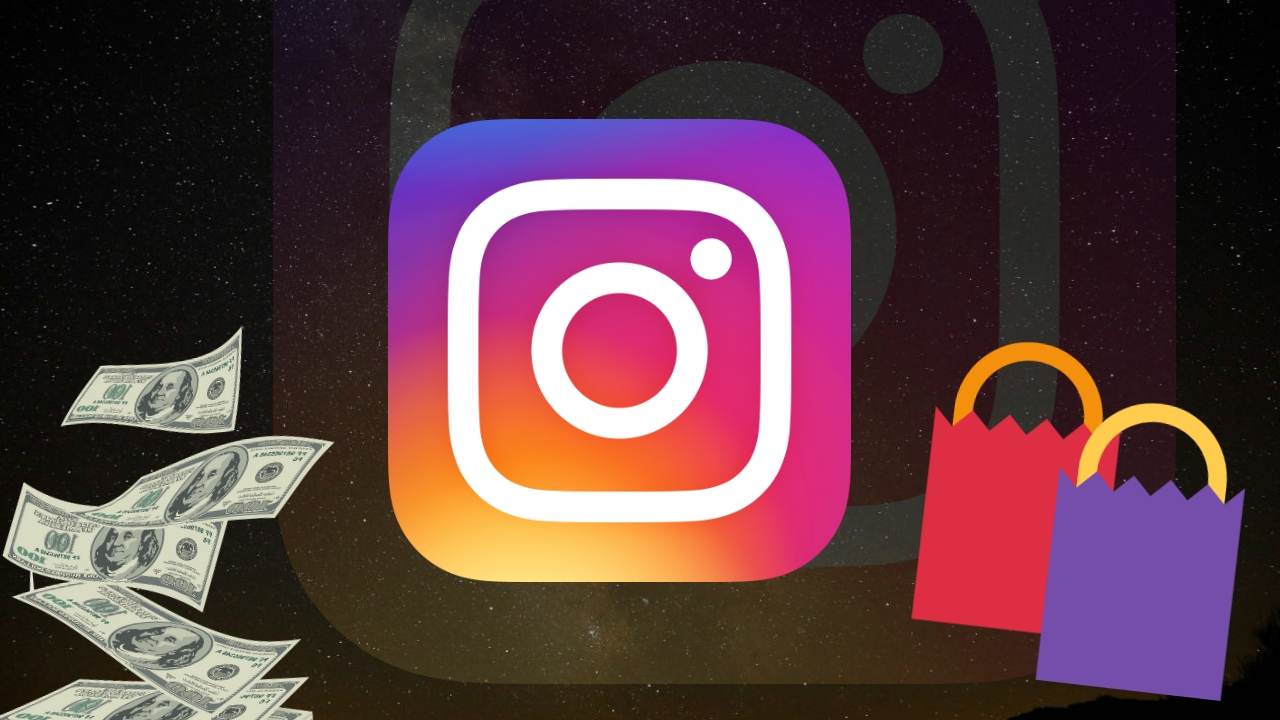 User acquisition rates on Instagram are unparalleled, not just within the Facebook ecosystem, but across the social media industry. Instagram launched Instagram Stories a little less than three years ago. Back then, the Instagram user base was around 500 million users. In the two years since, Instagram managed to acquire another 500 million more users. None of its contemporaries has managed to acquire half a billion users within two years. I've argued at length about how Instagram's popularity is a threat to its parent Facebook. If there was a doubt in anyone's mind about that, the F8 2019 announcements pertaining to Instagram drove home that point.

Shopping from Creators: This was seen in some form on the existing app, but the addition that was announced was allowing influencers to have Shopping Tags on their posts. It gives you the ability to shop the products that Instagram creators are sporting in their posts. You can just tap to see exactly what they are wearing and buy it on the spot. This feature will be available to everyone globally. Access to this feature will expand over time.

According to The Atlantic, this program is launching with 23 brands and 55 influencers with more creators, athletes, artists, and publishers to be added in the coming months. Creators and influencers won't get a cut of the products sold using their posts, but both will get access to a detailed metrics and analytics dashboard to streamline their communication with brands. Fashion influencers, in particular, are chuffed about this feature as it removes the headache of writing long captions telling their followers what they are wearing and where it can be bought from and other related questions.

Create Mode: This is a new mode beside the Camera and Live mode, which will let you create a post on Instagram which is not a photograph. You are presented with a static background on top of which you can add stickers such as quizzes, polls, GIFs or just text statuses to interact with your friends. This is a direct lift of the colour block status one sees on Facebook where you're presented with a coloured block on which you can write what you would generally write on a status. For a photo-first app, this mode sounds like a cop-out. Sure, we see this a lot on Instagram Stories, but I shudder at the thought of seeing this as part of an Instagram feed.

Donation Stickers: Instagram is also doing its part in raising funds for a cause by adding a donation sticker in Stories. 100 percent of the donations made, using this sticker, will go to the non-profit organisation you are supporting. This feature will be available in the US and it will come to more countries sooner. Again, this is a feature lift from Facebook.

In addition to the new features that will start rolling out on the app, Instagram head Adam Mosseri also gave a glimpse of some of the important tests they are running on the app, to test the waters with regards to certain features.

De-emphasising the follower count: This feature under test is a redesign of your profile page on Instagram, where the follower and following count numbers are de-emphasised. "We have made follower-count less prominent because we don't want Instagram to feel like a competition. We want to make it a less pressurised environment," said Mosseri.

Private Like counts: This is a feature that was speculated to have been under test in mid-April, but Instagram had denied it then. The idea behind the feature is to let users focus on populating their feed without the pressure of seeing the number of likes on their photos or videos. Only account owners will be able to see who liked their posts, that too if they tap on the Like button. To your followers, the Likes count won't be visible. Last night, Mosseri announced that Instagram will be testing this feature in Canada for a limited number of users.

Safety features: As Instagram grows year on year, it's also becoming a platform where cyber-bullying is rampant. There were three aspects to this that were discussed:

Mosseri put out a disclaimer that all these features under test may or may not see the light of day on the public app, but as Instagram head, he wanted to share these testing features proactively. It's good to see Instagram being more transparent about the tests being run in the background. But with a billion plus users, Instagram would surely not want to repeat the mistakes of its parent company by being secretive about things.

Facebook is losing the young crowd who find apps such as Snapchat and Instagram more relatable. According to Edison Research, in the US, Facebook had an estimated 15 million fewer users in 2019 than in 2017. These users, mostly from the 12-34 age group, are switching to Instagram, which isn't bad for parent Facebook either. Even though, numbers-wise, Facebook is a giant, Instagram's growth spurt is unmatched.

Instagram also happens to be the only platform within the holy troika of Facebook, WhatsApp and Instagram, that has been generally free of scandals. Facebook was in the news almost every other week for some screw-up. WhatsApp has been under scrutiny for the way it is used to spread misinformation. Instagram, even though it has issues related to cyber-bullying, pales in comparison when it comes to the larger fundamental issues plaguing Facebook and WhatsApp. It then makes perfect sense for Facebook to invest resources in Instagram, where monetisation is a possibility even as the $19 bn purchase of WhatsApp is still to break even.

Two announcements last night stand out and give a good idea about how Instagram is devolving into another Facebook: Shopping for creators and Create Mode.

For what used to be a photo-sharing social network, Instagram has indeed come a long way with features such as Stories, Direct Messaging, IGTV (which by the way, got absolutely no mention on stage) and more. Expanding the shopping feature to regular creators, rather than just limiting it to businesses, shows that Facebook wants Instagram to be a shopping destination for its large user base. Adding a Create mode for Facebook-status like updates frankly doesn't really add any value to Instagram — you already have an app for that: Facebook. As if IGTV (which is a separate app) and Sponsored posts weren't enough, you will now have to go through colour block status updates on your Instagram feed.

Over the last couple of years, the number of features that have been added on to Instagram have transformed it into a sort of super app. This is ironic, in a way, considering Instagram was formed after stripping an earlier app entirely of all other features, to just keep the photo-sharing option live. This app called Burbn, founded by Kevin Systrom and Mike Krieger in 2012, was a check-in app with an option to upload photos of the place. After user feedback, it pivoted to just keeping the photo-feed, and the app then became Instagram.

"We actually got an entire version of Burbn done as an iPhone app, but it felt cluttered, and overrun with features. It was really difficult to decide to start from scratch, but we went out on a limb, and basically cut everything in the Burbn app except for its photo, comment and like capabilities. What remained was Instagram," Krieger had said in an interview in 2012. Instagram in 2019, is the complete opposite of that founder philosophy. Instagram's current featureset is all over the place. With Facebook's former News Feed chief at the helm of things at Instagram, it wouldn't be surprising if more Facebook features are brought on to Instagram. Question is: Will Instagram remain Instagram, a few years down the line?

According to a recent report in Business Insider, Deutsche Bank has calculated that Instagram's push into shopping will bring in revenue worth $10 bn by 2021. This is a significant number for a feature on the Instagram app, in addition to the ad revenue it makes. With a dedicated Check Out feature within the app and the promise of a seamless shopping experience, it just made sense to expand the shopping feature to creators and influencers who do have a huge influence on the buying decisions of their followers. With the evident growth potential here, Instagram's next pivot could be on e-commerce in some way, which also reduces the reliance on advertising. This again ties in with the whole 'future is privacy' spiel that everyone was talking ad-nauseum at the F8 keynote.

Once the shopping feature takes off, there will be no looking back as investor pressure will push Facebook to expand on the shopping portfolio on Instagram. If that comes at a cost to the user experience, going by Facebook experience, so be it.

Looking at the way things are going, it will only be a matter of time before things get overwhelming on Instagram and start driving users away. And maybe somewhere in the future, it could be splintered.

Speculation aside, one thing is certain: Instagram is no more the simple photo-sharing app it once was. With its founders (Systrom and Kreiger) out of the system, there is no stopping Instagram from becoming a clone of Facebook in the coming years.