A spokeswoman for the committee said the session left many unanswered questions about how Facebook and third-party developers use and protect consumer data in it.

The leaders of a key House committee declared on 22 March that Facebook officials have failed to answers questions about a privacy scandal involving a Trump-connected data-mining company, and they want CEO Mark Zuckerberg to testify before the panel. 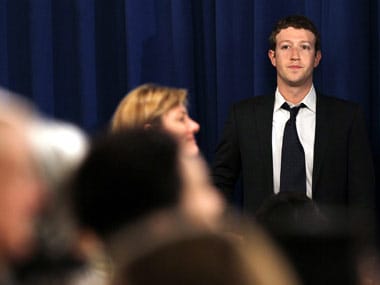 Representatives Greg Walden of Oregon and Frank Pallone of New Jersey said in a brief statement that the "latest revelations regarding Facebook's use and security of user data raise many serious consumer protection concerns."

Representatives from Facebook, who weren't named, briefed the committee's staff on 21 March, according to Walden and Pallone. But a spokeswoman for the committee said the session left many unanswered questions about how Facebook and third-party developers use and protect consumer data on the social media network.

Walden is chairman of the Energy and Commerce Committee and Pallone is the panel's top-ranking Democrat. Their statement comes a day after Zuckerberg said during an interview on CNN that he would be "happy" to testify before Congress, but only if he was the right person to do that. He said there might be other Facebook officials better positioned to appear, depending on what the Congress wanted to know.

Walden and Pallone said that as Facebook's top executive, Zuckerberg is indeed the "right witness to provide answers to the American people." They said they would work with Facebook and Zuckerberg to set a date and time for a hearing in the near future.

Their call represents the first official request from a congressional oversight committee for Zuckerberg's appearance amid demands by lawmakers that Facebook explain reports that Cambridge Analytica harvested the data of more than 50 million Facebook users in order to sway elections.

The company, funded in part by Trump supporter and billionaire financier Robert Mercer, paired its vault of consumer data with voter information. The Trump campaign paid the firm nearly $6 million during the 2016 election, although it has since distanced itself. Other Republican clients of Cambridge Analytica included Senator Ted Cruz's failed presidential campaign and Ben Carson, the famed neurosurgeon who also ran unsuccessfully for president in 2016.

The data was gathered through a personality test app called This Is Your Digital Life that was downloaded by fewer than 2,00,000 people. But participants unknowingly gave researchers access to the profiles of their Facebook friends, allowing them to collect data from millions more users.

Republicans on the Senate Commerce Committee sent Zuckerberg a letter on 19 March that said the possibility that Facebook has not been transparent with consumers is troubling. They asked for responses by next week to a series of questions, including whether Facebook is aware of any other instances in which a third-party app developer used or shared Facebook user data improperly.

It's far from certain what action, if any, the GOP-led Congress and the Trump administration might take against Facebook, but the company will almost certainly oppose any efforts to regulate it or the technology business sector more broadly.

As do most large corporations, Facebook has assembled a potent lobbying operation to advance its interests in Washington. The company spent just over $13 million on lobbying in 2017, with the bulk of the money spent on an in-house lobbying team that's stocked with former Republican and Democratic political aides, according to disclosure records filed with the House and Senate.

The company sought to influence an array of matters that ranged from potential changes to government surveillance programs to corporate tax issues. One of the team's newer members, Sandra Luff, was Attorney General Jeff Sessions' national security adviser when he served in the Senate.

Facebook also employs a small army of outside lobbyists. Among them is Harbinger Strategies, which earned $240,000 in 2017 and deployed four former Capitol Hill staffers to promote Facebook's interests as lawmakers debated the new tax law, cyber security and online advertising issues.

Bad news piles up for US presidential candidate Donald Trump