Facebook CEO Mark Zuckerberg is on his annual trip to China, meets with students from business school

Mark Zuckerberg said he was in China for an annual meeting of the advisory board at Tsinghua School of Economics and Management in Beijing.

Facebook founder and CEO Mark Zuckerberg is on an annual trip to China with the aim to finally enter the world's largest internet market by users in 2018. 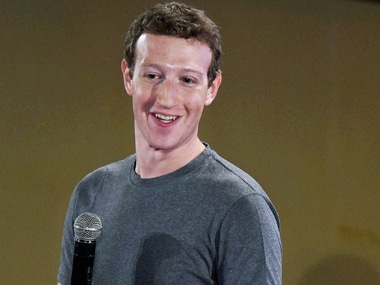 In his Facebook post on Saturday, Zuckerberg said he was in China for an annual meeting of the advisory board at Tsinghua School of Economics and Management in Beijing, more than a year after his last public trip to the country.

"Every year this trip is a great way to keep up with the pace of innovation and entrepreneurship in China," Zuckerberg wrote.

He also posted a photo of him with Chinese students at the Tsinghua School Economics and Management in Beijing on Saturday.

"Today I got to meet with students working on AI (artificial intelligence) start-ups that compose music from scratch, diagnose diseases using sensors on your body, and more. They shared the state of the art in their fields, and I gave advice on how to build their companies," he added.

Zuckerberg last visited China in March 2016, where he met the country's leaders. According to Xinhua news agency, senior politician Liu Yunshan told Zuckerberg that he hopes Facebook can share its experience with Chinese companies to help internet development better benefit the people of all countries.

Facebook has long considered entering China, a move that could give it access to a vast new market of users — 668 million as of 2016. Zuckerberg has also gained proficiency in the Mandarin language.