Facebook AR glasses may include an audio system behind the ear, patent reveals

It may be another three years before this device or its concept hits the market.

Facebook is long known to be working on its own augmented reality (AR) glasses and now a patent filing by the company has revealed some new details about the purported device.

The glasses' overall design is similar to what we saw in a previous patent published in 2017, though the plans for the glasses now definitely appear further along.

The patent, filed at the US Patent and Trademark Office, describes an audio system for eyewear. It shows that the audio system including a sensor and a controller will be located behind the ear of the wearer.

Using sensors, as well as those that sit inside the ear, the glasses would be able to project sound into your ear while also allowing you to hear ambient noise around you. 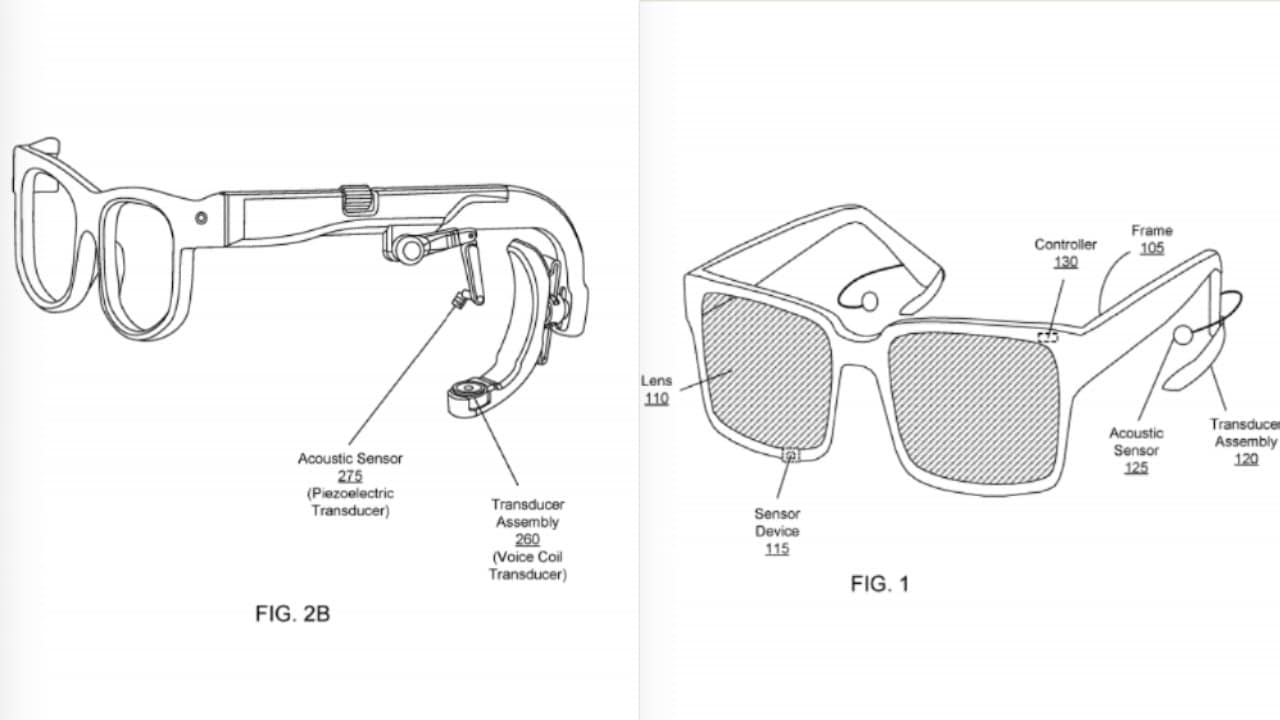 Image: US Patent and Trademark Office

The patent suggests that this audio system can be integrated into an eyewear device such as a glasses-type headset, near-eye display, or prescription glasses.

Evidently, the idea behind the patent seems very similar to that of headphones that use bone conduction technology. However, in the patent, Facebook points out that its cartilage conduction method is more comfortable and reliable than bone conduction.

While Facebook has spoken about working on such a product, back in 2017, it also said that for AR glass to be perfected, the company will require another five years. So if we go by that timeline, it will be another three years befor this device or its concept hits the market.