Facebook’s plan to weave audio offerings into the social network comes as it works to prevent losing users to Clubhouse.

Facebook on Monday said it is adding podcasts and "live audio rooms" in a push to get people talking and take on the fast-growing audio-based app Clubhouse. "We think a lot of magic happens at the intersection of audio formats, as well as at the confluence of text, audio and video," Facebook app chief Fidji Simo said in a blog post. Facebook’s plan to weave audio offerings into the social network comes as it works to prevent losing users to Clubhouse. Facebook has seen a steady rise in users opting for voice, from audio calls at the social network to leaving spoken messages using WhatsApp or Messenger.

(Also read: Clubhouse and Twitter Spaces are the Goldilocks zone of conversation – they're just right)

The Silicon Valley titan is building new audio creation tools Simo described as "like having a sound studio in your pocket." The tools will let people create short-form Soundbites such as jokes, anecdotes, or spontaneous thoughts, according to Simo. "While we’re big believers in the power of short-form audio, we also know that some stories and conversations deserve more airtime," Simo said.

Facebook says it will start testing Soundbites over the next few months with a small number of creators and refine the product with their input before making it available to everyone. 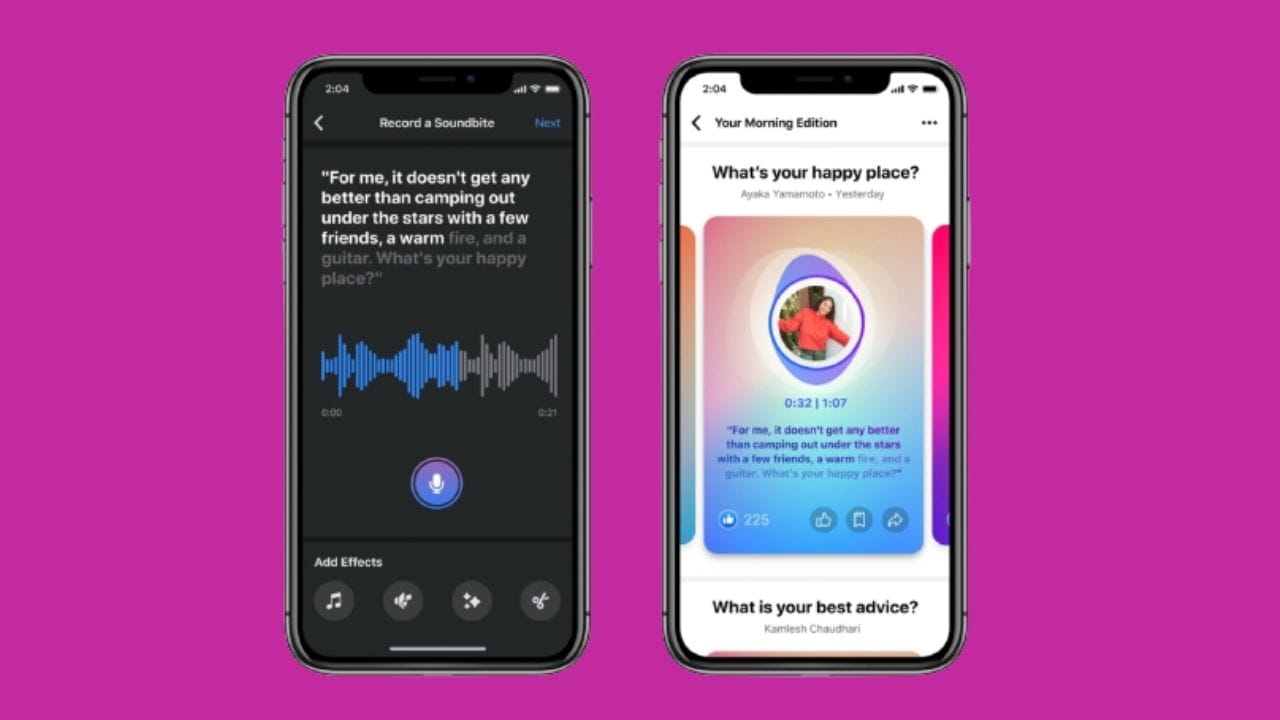 About the Podcasts, Facebook says that more than 170 million people are connected to Facebook pages centered on podcasts, and some 35 million users are members of podcast fan groups, but actually listening to one required leaving the social network. "Within the next few months, you’ll be able to listen to podcasts directly on the Facebook app – both while using the app or when the app is backgrounded," Simo said. Facebook will also allow podcast creators to reach and connect with new listeners — all directly within the Facebook app.

Facebook also planned to begin testing Live Audio Rooms, expected the feature to be available to all users by the middle of this year. "We’ll test Live Audio Rooms in Groups, making it available to the 1.8 billion people using Groups every month and the tens of millions of active communities on Facebook," the Facebook blog reads.

In addition to bringing this to Facebook, we also plan to release Live Audio Rooms on Messenger.

Live Audio Rooms feature will be very similar to Twitter Spaces, which is also heavily inspired by the essence of the Clubhouse app.

The news came a day after Clubhouse said it closed a new funding round as the wildly popular live audio app struggles to scale up in response to demand. The latest round gives the startup a valuation of some $4 billion, according to sources.

Launched last year, the San Francisco-based platform is looking to establish itself as the standard-bearer for digital audio and has already inspired copycat products.