Facebook is building on existing features to prevent fake and inauthentic accounts on its platform. The feature allows them to identify fake accounts.

Facebook has announced new tools to prevent harassment of women and journalists on its platform and in its chat app Messenger.

The new features allow Facebook users to proactively stop people from contacting them. These features have been developed based on feedback from users, most primarily women and journalists.

A 3D plastic representation of the Facebook logo. Reuters.

Two of the main features announced include: getting a friend request from a new account made by the user you had blocked earlier and to be able to ignore messages of a particular person on a single tap in Messenger.

The chat app users will be able to go out of a conversation by tapping on a message in the inbox. It will disable notifications from that user and move the conversion to Filtered Messages folder. The user will also be able to see the messages sent by the filtered person without the sender seeing it being read by the user. The feature is available for one-on-one conversations and will be rolled out for groups too. 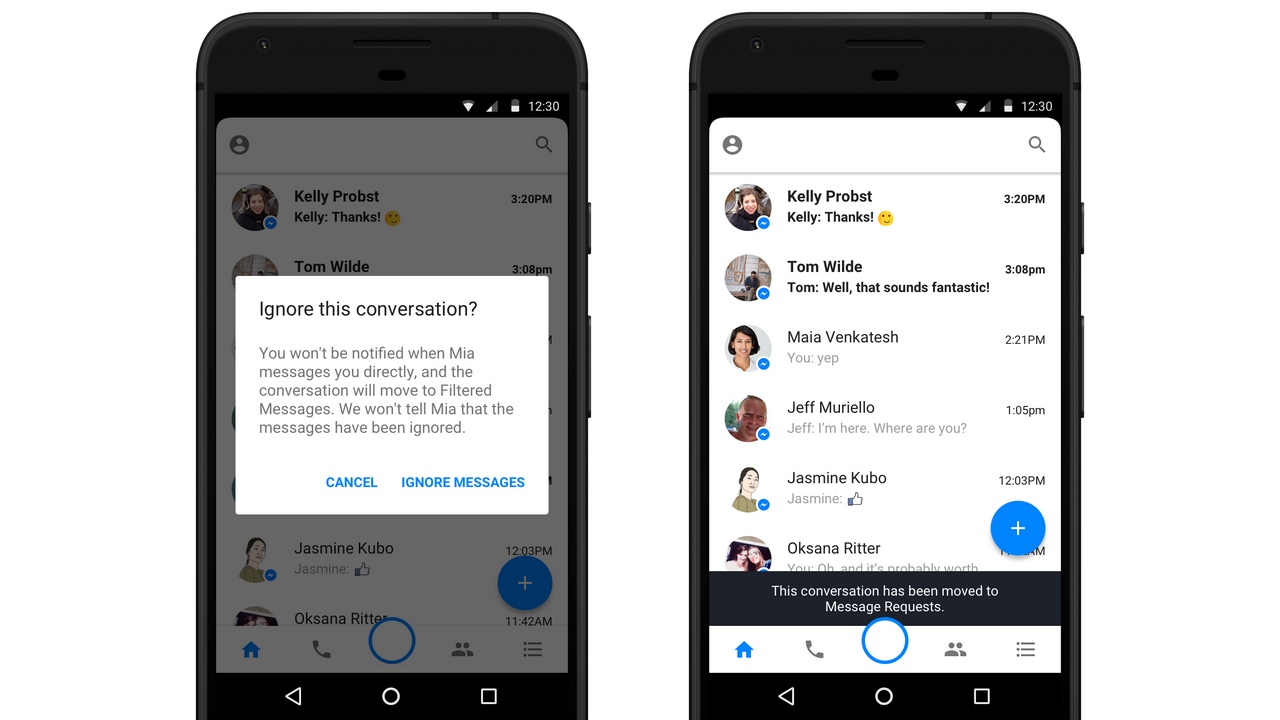 Facebook is building on existing features to prevent fake and inauthentic accounts on its platform. The new automated feature allows them to quickly identify fake accounts and block them at the registration level. It is using signals like IP address to identify the blocked users and preventing them from sending messages to the user who has blocked them. Only the user who has blocked an account will be able to initiate the conversation with the offending person.

Users can also control what they want to share, with whom they want to share and who can communicate with them. It will also limit certain features like commenting for people who violate the Community Standards of Facebook.

According to Antigone Davis, the global head of safety for Facebook, the company is also working with experts in a variety of fields to provide safety resources to people. They have developed new resources for the survivors of domestic violence in partnership with a Colombia-based NGO National Network to End Domestic Violence. The company is also working with more than 150 safety experts in different countries including India, Ireland, Kenya, the Netherlands, Spain, Turkey, Sweden and the US to get feedback to improve the safety of the platform.