Facebook has brought a new feature that will allow the group managers to approve members of the group who's post will be published without any need for approvals.

Facebook is focusing on groups and communities to make it more useful for local users. It is also planning to improve the management system and features of the group to help group admins in managing groups with ease.  In a new update, the company has announced several features that will help group admins in managing a group efficiently and keep it safe. Facebook has tried to empower group admins by providing them with personalised help to solve their problems. This feature lets admins directly ask Facebook any questions they have or any issues they want to get fixed on their groups. Facebook in a blog post mentioned that the company will aim to respond within one business day. The feature is now available to a limited number of group admins on Android and iOS in English and Spanish.

The feature named as 'Get Support' can be found in the Admin tools and Insight section of the settings of a group. Once the problem is solved, group admins can revisit the old issues to get clarifications if they get the same issue next time. Facebook will keep track of the previous issues. 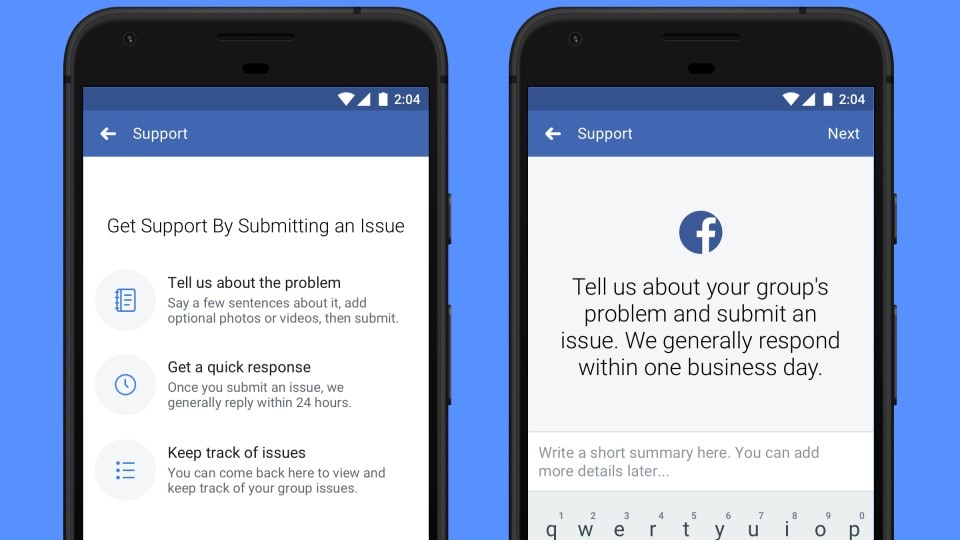 Facebook will also teach group admins how to keep the group safe and engaged by providing online learning lessons. The lessons provided by Facebook includes tutorials, product demos and case studies inspired by the experience and expertise of other group admins. 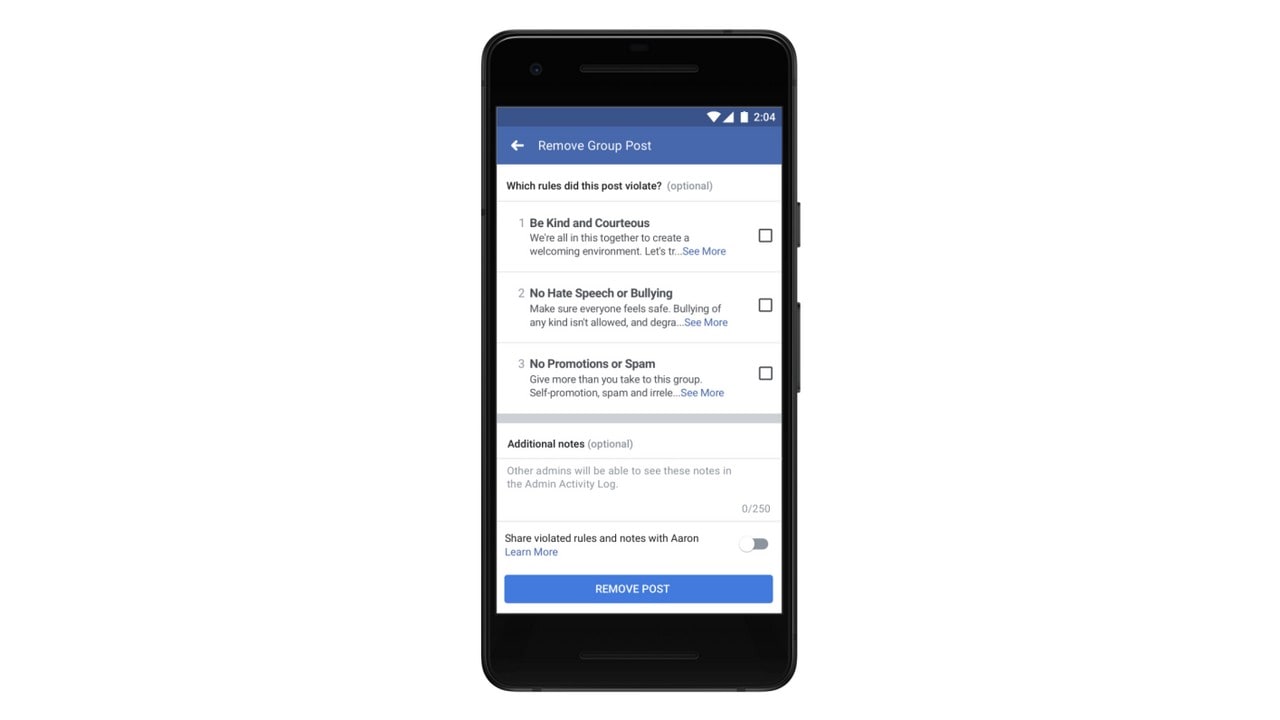 Another update includes notifying the details for which a post has been removed from the group. Both the group admins and moderators can now collaborate and keep a log of the posts removed from their group. While removing a group post, Facebook shows all the rules mentioned by the admin in the group in a list and s/he can tick all the rules that are violated by the post. A large group can take a lot of time of the group admins and moderators to manage the group. So, Facebook has brought a new feature, called Pre-approve, that will allow the group managers to approve members of the group whose post will be published without any need for approvals.