Facebook has upgraded its Portal family of video-calling devices with three new models. While two of them are upgrades to the older models, the Portal TV is a completely new device that can be connected to your TV to work as a set-top box. The Portal and Portal Mini are redesigned models, now loaded with speakers as well. Starting with Portal TV, its main objective is to bring video-calling to your living room if your TV doesn’t happen to sport a camera. It’s a small device that can either be mounted on top of your TV set or be placed below it.

It comes with Alexa built-in (invoked with “Hey, Portal”) so the Portal TV can be used to control smart home products, listen to music and do much more with Alexa’s functionalities. The smart camera is capable of tracking the subjects during video calls, so it will follow you wherever you go in its field of view of 120-degrees. It will zoom and pan to adjust according to the subject to ensure they are always present in the frame. If more people enter the room, it will automatically widen to bring everyone in the frame.

Video calls can be made with friends or family using Messenger and WhatsApp. This means you could start a video call from the Portal TV with anyone on any platform using these two video-calling services. The smart camera has a feature called Story Time that can be used to narrate stories using animation, music and AR effects. Facebook Watch is also supported on the device, so you could watch the same content with your friends. Portal TV can be mounted on the TV or placed below it. Image: Facebook.

Facebook says that all video calls are encrypted on Portal TV. For more privacy, the in-built microphone and camera can be manually turned off with a button where an LED indicator shows when it’s turned on or off. The camera also has a sliding cover and you can shut the cover when not in use. The company says that the smart camera and sound using AI technology are run locally on the Portal, and not on Facebook’s servers.

Facebook admits that it “may review” voice samples recorded when Alexa is used, in order to train the system for better accuracy. The company gives you an option to delete these voice interactions from the Facebook Activity Log section or completely switch off voice storage in Settings.

While video-calling is its primary function, you can also stream video and music. The Portal TV comes with the Amazon Prime Video app installed and you can also download other US network apps for video content. It also supports music apps including Spotify, Pandora and iHeartRadio. However, there’s no support for Netflix or other big streaming services currently.

The older Portal devices have also been given a new design to a much more sleeker look. They still follow the picture frame design that can easily blend in your room. It has introduced a newer Portal Mini device that has an 8-inch HD display while the Portal has a 10-inch display. They can be used for video calls in any orientation whether portrait or landscape. It can also display photos and videos, acting truly like a picture frame in the Superframe mode, which can be controlled using the Portal mobile app. The devices have an adaptive display so the brightness will change according to the surrounding. 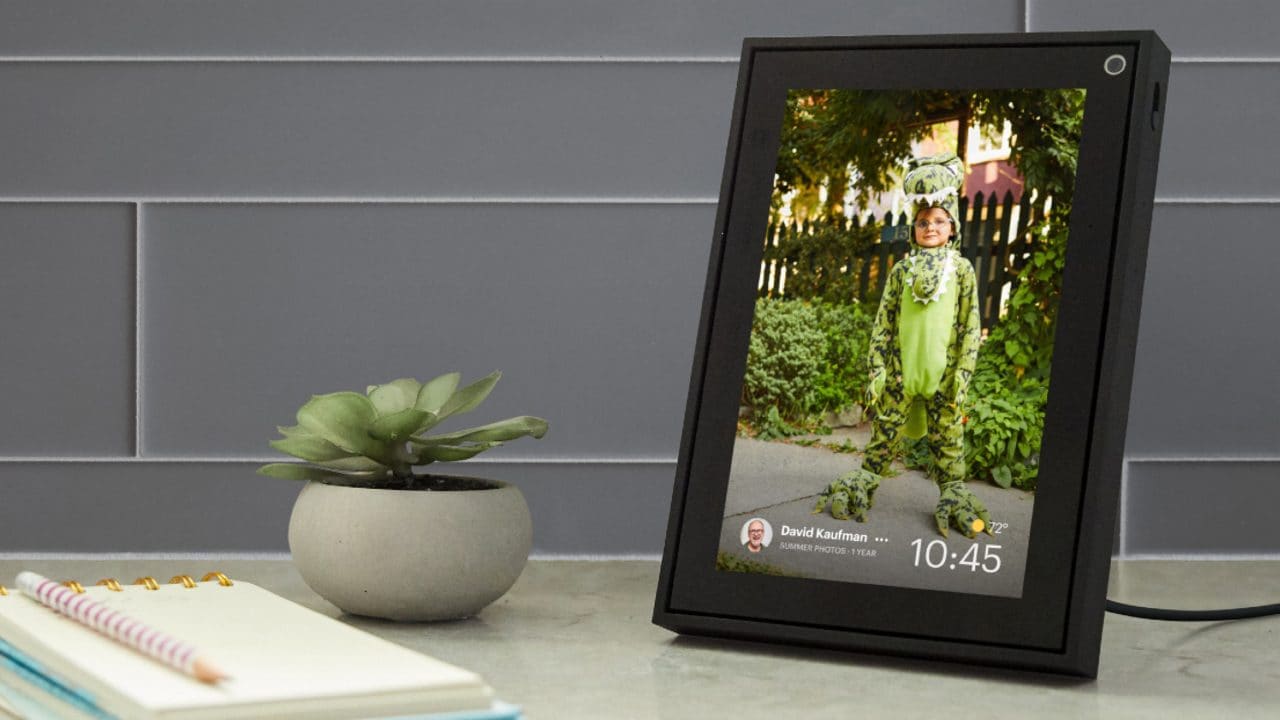 The Portal devices can also be used as a digital picture frame in the Superframe mode. Image: Facebook.

Most of the other features are the same as Portal TV. You will find Alexa support, video-calling from Messenger and WhatsApp, Facebook Watch support, etc. The devices also have the same privacy features, so users can manually turn off the camera and microphone with a sliding button on the top.

Portal TV is priced at $149, Portal goes for $179 and the Portal Mini has a price tag of $129. The first generation of Portal devices was only available in Canada and the US. Facebook is now expanding to other countries including Australia, France, Italy, New Zealand, Spain and the UK. All the devices can be pre-ordered right away on the Portal website.

The Portal and Portal Mini will start shipping on 15 October while the Portal TV starts shipping on 5 November. Users can receive a discount of $50 if they bundle any two Portal devices.