The documents called "Paradise Papers", were obtained by German newspaper SUddeutsche Zeitung and reviewed by the International Consortium of Investigative Journalists (ICIJ) and several media outlets across the globe.

As the US Congress investigates Russia's interference in the 2016 US election by using social media giants, a new trove of confidential documents has revealed that Facebook and Twitter received major investments from firms with ties to Kremlin-owned corporations. 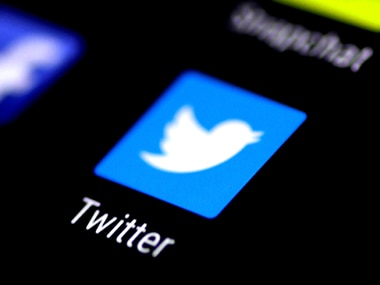 The documents called "Paradise Papers", were obtained by German newspaper SUddeutsche Zeitung and reviewed by the International Consortium of Investigative Journalists (ICIJ) and several media outlets across the globe.

According to the ICIJ, the records show that one of the Kremlin-owned firms, VTB Bank, quietly directed $191 million into an investment fund, DST Global, which is owned by billionaire Yuri Milner, that used the money to buy a large stake in Twitter in 2011.

"They also show that a subsidiary of the Kremlin-controlled energy giant Gazprom heavily funded an offshore company that partnered with DST Global in a large investment in Facebook," the ICIJ said in a statement on Monday.

Milner and other partners in the deals reaped large gains when they sold their stakes shortly after Facebook's initial public offering in 2012 and Twitter's in 2013.

The disclosure shows that years before Russia meddled in the 2016 US presidential election, the Kremlin had a financial interest in the US social media.

In response to questions from the ICIJ and its partners, Milner said the investments his firm makes, including the Twitter and Facebook deals, have always been based on business merits and have nothing to do with politics.

VTB also confirmed that it had invested in Twitter through Milner's firm DST Global.

The documents also revealed that Apple was seeking out a new tax shelter around Europe and the Caribbean, ReCode reported.

In an email obtained by the ICIJ, an Apple lawyer inquired about whether moving to one of the six tax havens would allow its Irish subsidiary to "conduct management activities ... without being subject to taxation in these jurisdictions".

In August, Apple had come under fire for striking a deal with the Irish government that allowed it to avoid paying virtually any taxes in many of its global markets.

The European Commission ordered Apple to pay $13 billion in back taxes.