“This is the first time I am doing an interview, but I have been open all throughout.”

In the past months, Oyo has been compared to WeWork, and it’s culture and governance has been questioned. Apart from letters to employees, there was no communication with Ritesh Agarwal, Oyo’s Founder and CEO.

In this exclusive interview with Tech2, he finally opens up. “This is the first time I am doing an interview, but I have been open all throughout,” says Ritesh Agarwal, Founder and CEO of Oyo. He accepts that Oyo needs to improve. 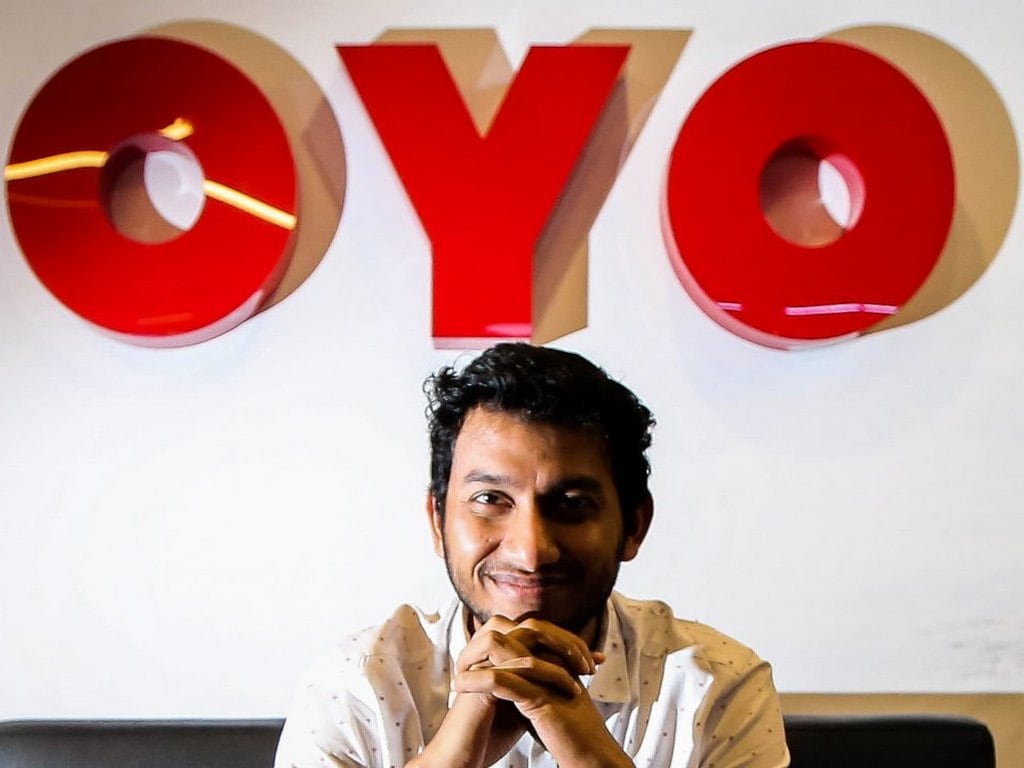 Editor’s note: Some responses have been edited for brevity

Tech2: What went wrong with Oyo? There have been job losses, allegations that Aditya Ghosh is on his way out and about fake inventory, among other things.

Agarwal: I want to address each of these issues separately.

Specific to restructuring, we have operated with a fairly straightforward perspective. We build business with a long term view, reflect upon what went right, and what did not go right. Whenever we do something right, we keep doubling down. Whenever there is something, which can be improved, we reflect and ensure we make improvements.

As a part of this process, Oyo did see that as we had grown rapidly in 2019, we had presence in over 80 countries, revenue grew multi-fold, margins improved. This is good news, but it was time to reflect upon what could be improved.

In a few specific organisations (inside Oyo) it was important to resize the organisation to continue to grow rapidly. Organisations tend to delay change, or do the same thing repeatedly over a long period of time. We believe that it is good for Oyo and its team members for this to happen one time. This is a one-time exercise and most of it has been completed, and the remaining will happen over the next couple of weeks.

Tech2: Why was this restructuring required? Why were those employees hired in the first place, and why do they need to go now?

Agarwal: We have always acquired high-quality talent. This is the first time a major restructuring is happening at Oyo. We had two-three important learnings.

The first one is sustainable growth. For the first time we realised that there are specific suburban clusters we should invest more in, and there are clusters we need to invest less in. The restructuring was a result of that realisation.

Second, how do we build stronger customer trust? There were teams focusing on servicing and our partners were field based. We are centralising our teams.

Third, as Oyo has grown in multiple parts of the world, we believe that now we have sufficient technology and infrastructure to centralise roles to build shared services.

Three of these have two perspectives in common. The first one: the organisation grew as a large global company. And with scale, we learnt about some of these potential areas where we had gotten a little ahead of ourselves, and had to restructure.

Tech2: So, will you do more hiring, and in which areas?

Agarwal: The new hiring will be more focussed on engineering, design, software and data science, in the future. But, in the new future we would like to stabilise the organisation, and get to the outcome and plan of 2020.

Tech2: How do you plan to stabilise the organisation? There are so many aspects to consider: cultural, governance, unit economics and more.

Agarwal: On the culture side, Oyo has gotten here because of its team members. I have personally visited clusters and done townhalls, and explained our plans.

On the supply side, we have brought in 100 hotels in the month of January that had either left us or were asked to leave for various reasons.

In China, we have ensured that we have brought in 8,500 rooms in that context.

We are able to bring back our partners.

In the US, in the fourth week of January we signed more rooms than we have ever signed. We are able to see that people are understanding this.

But, a good company is not built on a month or two months of success. This has to be a consistent effort. 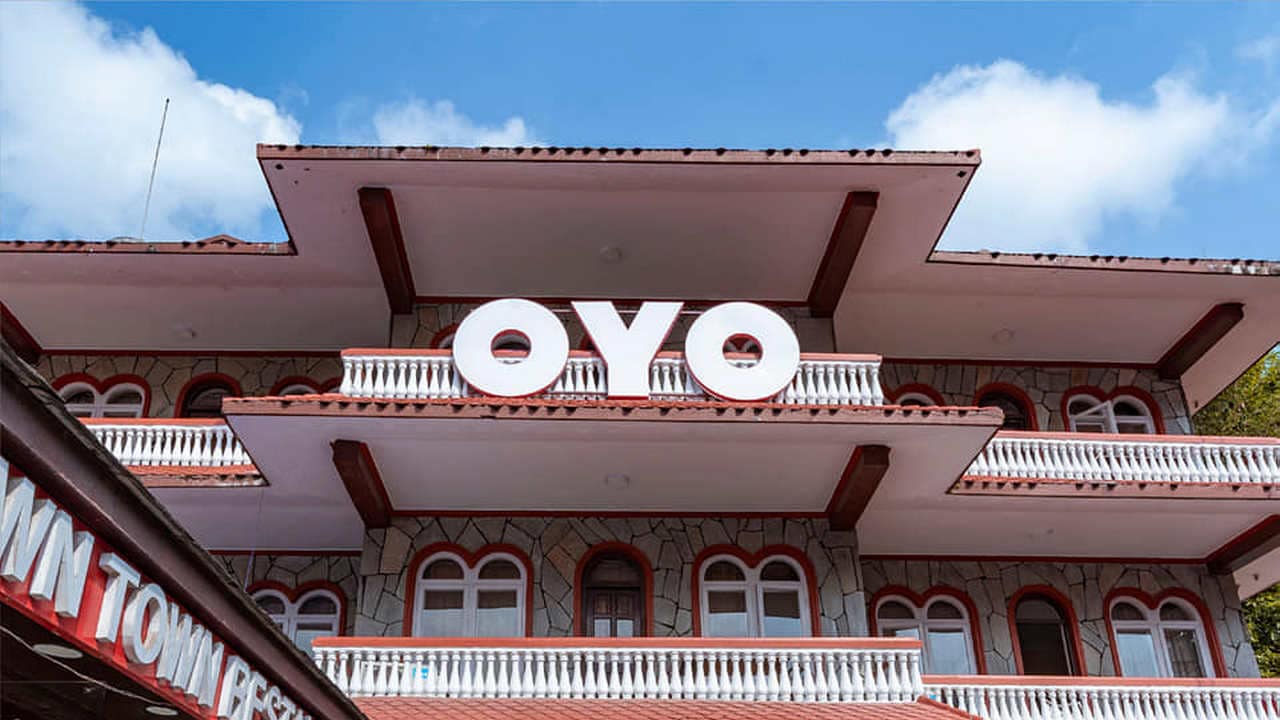 Oyo's Agarwal says, "We have brought in 100 hotels in the month of January that had either left us or were asked to leave for various reasons." Image: Facebook

Tech2: What about gross margins?

Agarwal: We are seeing an increase in gross margins, because of better site selection, and are making sure that our contracts are very seamless with our partners, so that we can make our fare share. Our gross margins have trended between 15–25 percent. We will announce our financials shortly, where you will see our revenue and EBITDA.

Tech2: Will it be better than last year?

Agarwal: Markets where we are in our first year of launch are our cost markets because you have to hire the team and properties, and from the second year onwards the EBITDA keeps improving.

On a year-on-year basis the mature markets will continue to improve.

Tech2: How do you manage better governance at Oyo?

Agarwal: Oyo brought in an independent director on board, Betsy Atkins. Betsy has been an investor in Yahoo, Ebay, and has been on the boards of some of the most successful American companies, like Volvo, Nasdaq, and Baja Corporation. Gerry Lopez joins us on the board as well. Gerry was the CEO of ‘Extended Stay America’, an extended stay hotel brand in the US.

Tech2: Speaking of the board, is Aditya Ghosh moving on, as some news reports suggest?

Agarwal: Aditya is a fantastic leader, and we have worked together for a full year. He has been extremely valuable to the organisation at various levels, which involves his consistent presumption of safety and security, his ability to bring new age revenue management systems, and various other efforts.

Due to this, we believe that Aditya’s value to Oyo can be further expanded from India to becoming a global organisation support. Aditya is not supporting Oyo passively, but he is supporting Oyo actively.

He joined our board meeting just a couple of weeks ago.

Tech2: But reports suggest that Aditya doesn’t come to office.

Agarwal: Oyo has six offices in Gurgaon. Aditya comes to one of the offices, so the ex-employee who commented must be talking about their office.

Tech2: How important is governance for you? This is a question that is being raised on all SoftBank companies, including Oyo.

Agarwal: For me and my team, governance is an absolute must. There are three important parts to it. The first one is, and we have always taken market leadership in that, in bringing in independent directors.

Second: ensuring that the founder doesn’t sell shares. I have never sold a single share of mine in the company. I have rather invested more capital in the company.

Third: making sure that a large amount of decisions are board driven in the company. It is important to have a management, which is broad-based. If you see Oyo beyond Ritesh, there is a strong team of leaders who know their organisations and can drive the results.

Tech2: Oyo has been written off multiple times, and now it is being compared to WeWork.

Agarwal: Our company has grown with a great amount of attention around itself. Every time this has happened, we have only become better with it. It is very easy to say, “he says, she says” and claim that these allegations are true or untrue. We make sure we over communicate, like we are doing here. But, instead of getting bogged down, we take the learnings from those and try to improve. Because no company is perfect. Oyo is not perfect, no company is. We want to make sure we make Oyo a better company every day.

Tech2: Is Oyo here to stay?

Agarwal: We have created a lot of value. In India, if you wanted to stay in a good quality hotel in Mumbai for less than Rs 2,000, it was almost impossible to do before Oyo came. If you wanted to stay at a place, which is of good quality, at the right price point in South East Asia, if you wanted a room in Europe for 100 EUR a night, these are all services that consumers really appreciate. Oyo served 40 million families last year, and that’s growing as we speak.

Tech2: There are allegations that there is fake inventory on Oyo. What are you doing about that?

Agarwal: We are subject to significant amounts of audit as an organisation. Oyo continuously audits, not just specific operation metrics, but also financial metrics, by world class organisations.

Customer experience is very important for Oyo. 99.5 percent of our customers have a seamless experience with Oyo. But, 0.5 percent is a very bad statistics, and we are working upon that.

We will build check-in as a delight, and that will be communicated to hotels on our Oyo app. We are experimenting with that feature with a smaller group of customers right now.

Tech2: Do you have pressure from SoftBank to become a profitable organisation?

Agarwal: Oyo is a management-driven company. The management drives the company with board oversight. Oyo had submitted the business plan to the board of directors some time back. Our board’s opinion is that we consistently deliver and that we shouldn’t get distracted. There is no change that our company has seen in the last few months, depending on what has happened.

OYO to invest $300 mn in US over next few years for growth, talent acquisition and infrastructure development