The confirmation by Blass arrives on the same day the specifications of the OnePlus 5T were reportedly leaked on popular benchmarking site AnTuTu.

OnePlus is expected to announce the rumoured OnePlus 5T as the leaks and rumours continue to mount suggesting that the Chinese smartphone company is working on a device with an 18:9 display soon. 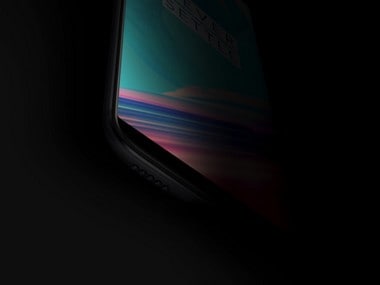 Notable tipster Evan Blass became the latest source to confirm the OnePlus 5T after he took to his official Twitter account to reveal the information. Blass stated in his tweet that a reliable source had informed him of a OnePlus smartphone launching by the end of November, sporting an 18:9 display.

I take this back. Just heard from someone I consider reliable that they are indeed working on an 18:9 model for end of November release. https://t.co/8pc7Z51Xli

The confirmation by Blass arrives on the same day when the specifications of the OnePlus 5T were reportedly leaked on popular benchmarking site AnTuTu. According to a report by GizmoChina, a OnePlus phone bearing the model number A5010 was spotted on AnTuTu. This new phone is likely to be the upcoming flagship, the OnePlus 5T from the company as OnePlus 5 sports A5000 as its model number.

As per the specifications spotted on AnTuTu, the phone is said to come with a 6-inch display with a resolution of 2160 x 1080p pointing towards a display with 18:9 aspect ratio. The fingerprint scanner is expected to be shifted to the back for the first time on a OnePlus phone. 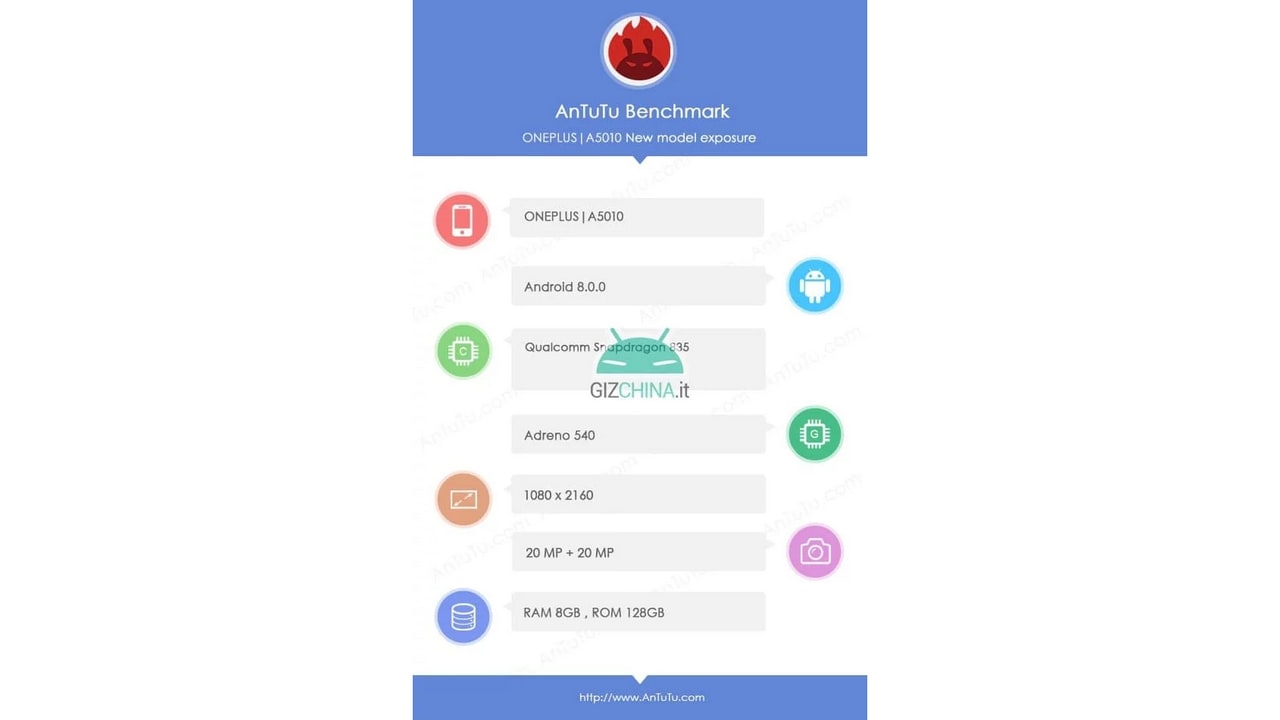 OnePlus 5T is expected to be powered by Qualcomm Snapdragon 835 chipset along with the Adreno 540 GPU. It is also likely to pack a massive 8 GB RAM and 128 GB of onboard storage, though GizmoChina states in its report that a 6 GB variant with 64 GB of storage will also be available.

As far as cameras are concerned, the OnePlus 5T is expected to get two 20 MP lens on the back as a dual-camera setup. The phone is also expected to run Android Oreo 8.0 out of the box. OnePlus is yet to officially confirm the existence of the 5T, let alone state its specifications. The AnTuTu scores should, therefore, be taken with a pinch of salt as final specifications of the device may vary.