BRUSSELS (Reuters) - Qualcomm, the world's no.1 chipmaker, was fined 242 million euros ($272 million) by the European Commission on Thursday for blocking a rival from the market about a decade ago, its second EU antitrust penalty. The European Commission, the EU's competition regulator, accused Qualcomm of predatory pricing between 2009 and 2011 aimed at forcing out British phone software maker Icera, now part of Nvidia Corp 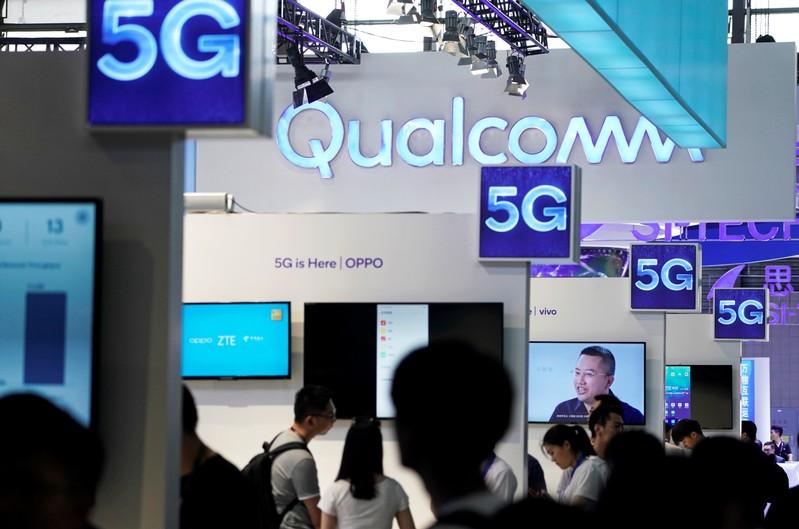 BRUSSELS (Reuters) - Qualcomm, the world's no.1 chipmaker, was fined 242 million euros ($272 million) by the European Commission on Thursday for blocking a rival from the market about a decade ago, its second EU antitrust penalty.

In a news conference, she later defended the time it had taken to reach a decision - the Commission first accused the company of predatory pricing in 2015 - saying it had been a complex case that depended on evidence from Qualcomm.

Qualcomm said it would appeal the decision, saying it was "unsupported by the law, economic principles or market facts."

The Commission also fined Qualcomm 997 million euros ($1.1 billion) last year for paying iPhone maker Apple to use only its chips, a tactic aimed at thwarting rivals including Intel.

The Commission is investigating another U.S. chipmaker, Broadcom, over whether it hampers rivals. Vestager said the Commission may impose so-called interim measures, which are typically warnings to change behaviour, in early autumn.

Qualcomm has been targeted by other enforcers for its business practices. In May, it lost an antitrust lawsuit brought by the Federal Trade Commission, with the judge issuing a sweeping antitrust ruling against the company.

Hefty fines, in particular against U.S. tech giants, have been a hallmark of Vestager's five-year run as Europe's antitrust enforcer, a policy which has earned her the ire of U.S President Donald Trump.

Vestager said she hoped to remain in the post when a new Commission takes office in November, but did not rule out another role. Her term ends on Oct. 31.