The Essential device in Andy's hand is a long elongated smartphone (?) with a punch-hole camera on the top-left.

Essential, a smartphone company started by Android creator Andy Rubin, was on the brink of being shut down after its first phone called the Essential Ph-1 had been removed from shelves back in December. Recently the company confirmed that it was testing a second device which was believed to be the successor of the Ph-1. Now Andy Rubin has shared some pictures of the device and it is raising more questions than answers. 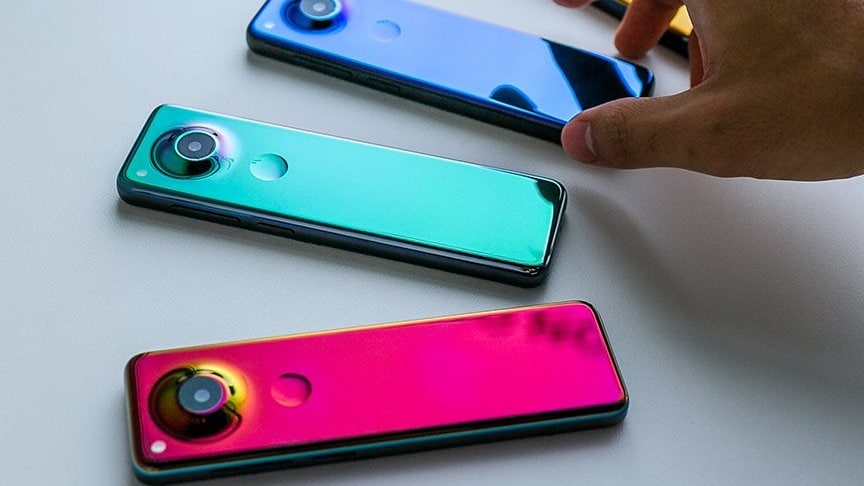 The device in Andy's hand was a long elongated smartphone (?) with what appears to be a punch-hole camera on the top-left. The aspect ratio of the phone's display is absolutely ridiculous with the screen's width being extremely small in comparison to its length.

We can see several apps opened in the phone which include Uber, Calendars, Maps and Weather which makes us believe that the phone will be running Android. However, it could be some kind of modified version of Android since the back and home button are.... on the top of the phone? It is certainly one of the most bizarre devices we have seen in a while. On the back of the device, we see a  single rear-facing camera with what appears to be a huge sensor and an LED flash. The device has been codenamed 'GEM' and has been made from a 'Colorshift material', as per the tweet by Andy Rubin. A separate tweet by Essential has confirmed that this is the device that it had been testing earlier on and also confirmed at least four new colour variants which were pink, blue, green and yellow.

Essential has earlier confirmed to the folks over at XDA-Developers that “the Essential team is working on a new product, which is currently in the early stages of testing”. The XDA team itself was conducting an investigation on a smartphone which was spotted testing with a Qualcomm Snapdragon 730 SoC and the Essential team's statement is in response to that.

While the launch of the new Essential phone is exciting news, Andy Rubin still continues to be embroiled in a sexual misconduct scandal that could spell doom for his brand. He has been accused of cheating his wife out of millions through a prenuptial agreement obtained under false pretences and also allegedly running a sex ring. Andy Rubin has offered little in way of an apology and has straight-up denied all the claims.