Essential Phone launched with built-in Alexa instead of Google Assistant

Essential has sold less than 90,000 units of its debut handset in the six months following launch, The Verge reported, quoting IDC data.

A new variant of Essential Phone has been launched with built-in Alexa (Amazon's virtual personal assistant), offering an alternative to Google Assistant that is already available on all other variants. 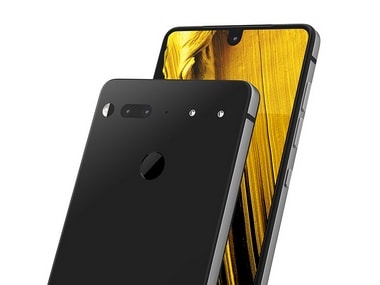 "Just one day after unveiling three fresh colour variants of the Essential Phone, the company announced yet another new version of the handset. Called 'Halo Gray', the new model is unique because it comes with Amazon Alexa built in," tech website Phone Arena reported late on 16 February.

The new variant is not too different from the "Stellar Gray" model that was introduced earlier.

The new version of the device can be pre-ordered on Amazon and is scheduled to be released on 21 February.

Both devices come unlocked and have identical specifications.

Essential has sold less than 90,000 units of its debut handset in the six months following launch, The Verge reported, quoting IDC data.

The phone features an edge-to-edge display and a modular system that lets users attach accessories such as a 360-degree camera and a 5.7-inch LTPS display with 19:10 aspect ratio instead of the regular 16:9.

It features dual primary cameras with two 13MP sensors. One is a standard RGB sensor while the other is monochrome.

The device is powered by a 2.45 GHz octa-core Qualcomm Snapdragon 835 chipset clubbed with Adreno 540 GPU.