The update has enabled Portrait mode for the Essential PH-1, something that was lacking at its launch considering it came with a dual camera setup.

Essential has released a new update to its camera, adding a number of new features. 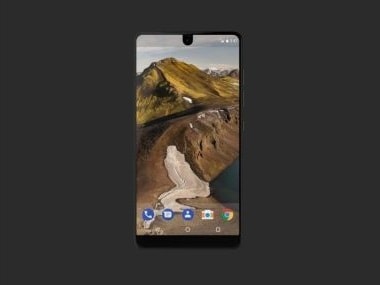 The company took to its official Twitter handle to tweet about the changes in the new update including a camera sample of a dog shot using the portrait mode.

According to the Google Play Store changelog, the new update has enabled Portrait mode for the Essential PH-1. This was an unexpected omission from a device that launched with a dual-camera setup on the rear. The update also brings exposure compensation to all the camera modes in the software to help users increase or decrease the exposure of the image to ensure correct exposure for the images.

The company has also reduced the amount of compression in the final JPEG images straight out of the camera to improve the quality of the images. Other changes include stability fixes to the camera software. This new update to the camera software comes two weeks after the company started the developer portal for the PH-1 so that users can download the Android 8.0 Oreo-based Beta to test the operating system before a stable roll-out. According to a report by GSMArena, Essential is planning to launch the second version of their Android 8.0 Oreo-based beta.