By Pete Schroeder WASHINGTON (Reuters) - Credit-reporting company Equifax Inc will pay up to $700 million to settle claims it broke the law with a massive 2017 data breach and to repay harmed consumers, in a landmark settlement that could spur new consumer data rules. The largest-ever settlement for a data breach draws to a close multiple probes into Equifax by the Federal Trade Commission, the Consumer Financial Protection Bureau and nearly all state attorneys general. It also resolves pending class-action lawsuits against the company 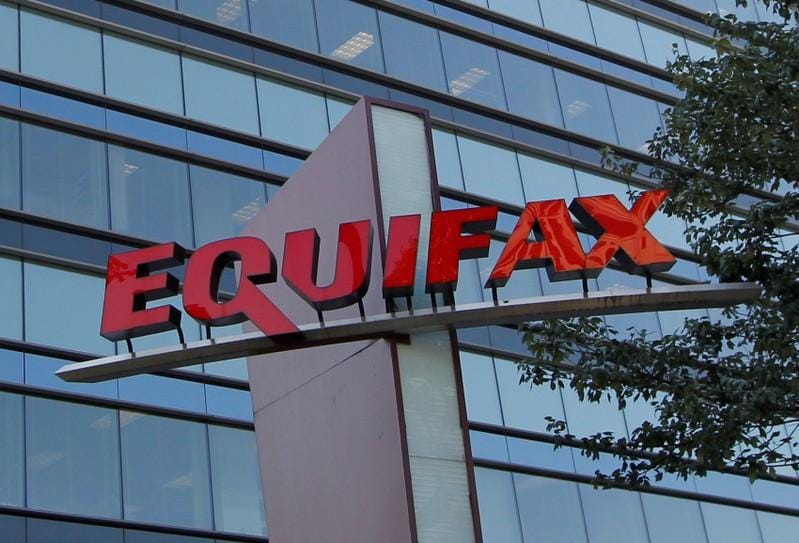 Shares in Equifax, which is one of three major credit reporting companies, were up 0.8 percent in late trading on Monday.

Roughly 147 million people had information, including Social Security numbers and driver's licence data, compromised by the breach, one of the largest in history. The hackers have never been identified.

While Equifax said on Monday it saw no evidence the stolen information had been used in identity thefts, regulators said the company did not do enough to protect the data and misled consumers as to how secure it was. They ordered Equifax to set aside funds to repay consumers who spent time or money protecting themselves as a result of the breach.

The company will establish a $300 million restitution fund which could climb to $425 million depending on how many people file claims. Only consumers who can show they suffered direct costs following the breach, either from identity theft or by purchasing credit-monitoring services, will be eligible for restitution, which will be capped at $20,000 per person.

Equifax CEO Mark Begor told reporters on Monday he expected that the initial $300 million, which will also cover the costs of a decade of free credit monitoring for affected consumers, would be sufficient. In an interview on Monday afternoon with CNBC, Begor said the fund could be up and running by the end of the year.

In addition, the company will pay a $175 million fine to the states and $100 million to the CFPB.

Consumer advocates said the settlement was modest given the huge number of people affected.

"It's a parking ticket, not a penalty," Ed Mierzwinski, a senior director at Washington-based U.S. Public Interest Research Group said in an email. He added that consumers should not have to jump through hoops to receive compensation.

Others questioned whether the fund would be sufficient given the long-term risks of having a Social Security number exposed.

"One huge concern is the long-term consequences of the Equifax breach. The settlement provides some compensation right now, but the risk of identity theft is forever," said Chi Chi Wu, attorney for the National Consumer Law Centre.

Speaking to reporters, FTC Chairman Joe Simons said the agency also wanted to impose a monetary penalty, but the law does not allow it to fine companies for their first offence, an issue he has called on Congress to fix.

"Fortunately, other agencies were able to fill in the gap this time. But under different circumstances, future breaches might not always be subject to civil penalties, which sends absolutely the wrong signal regarding deterrence," he said.

A spokeswoman for the Massachusetts attorney general, who along with Indiana, is not participating in the settlement, said its litigation against the company was ongoing. "Equifax must pay a penalty commensurate with the worst data breach in American history," she added.

Equifax disclosed in 2017 that a data breach had compromised the personal information, including Social Security numbers, of 147 million people.

The scandal sent the company into turmoil, leading to the exit of its then-chief executive, Richard Smith, and multiple congressional hearings as the company's slowness to disclose the breach and security practices were challenged by lawmakers.

Policymakers and consumer groups have questioned how private companies could amass so much personal data, sparking efforts to bolster consumers' ability to control their information. Both the Senate Banking and House Financial Services Committees are considering legislation that would require companies to better protect consumer data.

"We need structural reforms and increased oversight of credit reporting agencies in order to make sure that this never happens again," Democratic Senator Mark Warner said in a statement.

Begor told reporters on Monday the company was overhauling its processes to put consumers first, and was committing $1.25 billion to bolster its data security.

Equifax has also agreed as part of the settlement to several new measures, including reviews of its security policies by a government-appointed third party. Equifax's board also must certify annually that the company has complied with the settlement terms, and could be fined if not.