Wadhwa said that the predisposition for jugaad allowed the people of India to start digitising their currency.

In a wide ranging interview with The Economic Times, American enterpreneur and scholar Vivek Wadhwa has praised what India has achieved with the Aadhaar program. He pointed out that in Silicon Valley, there was a lot of interest around new technologies for digital currencies, including cryptocurrencies and blockchain. Wadhwa referred to bitcoin as a fraud, considering the highly volatile nature of the cryptocurrency. 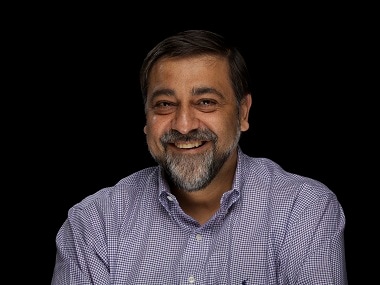 Wadhwa said that the predisposition for jugaad allowed the people of India to start digitising their currency with a bank account, Aadhaar and the technologies to support it including the Unified Payment Interface (UPI) as well as the India Stack. "Aadhaar is the most successful IT project in world history. Indians are very negative about everything Indian, so it is easy to attack Aadhaar. Indians need to understand that what they have is monumental. Now a billion people have identity," Wadhwa explained.

Wadhwa added that the introduction of Aadhaar has brought to notice the need for strong privacy and data security laws in the country. He also noted that the applications built over Aadhaar have to be adequately secured, and that the people should have a choice when it comes to how their data is used. Wadhwa also pointed out that smartphone manufacturers and major tech companies such as Apple, Facebook and Google have collected a lot of user data, and are using it in devious ways. He said that he trusts governments more than the companies that are selling products to consumers.

Wahdwa said, "This is why I am less worried about Aadhaar than I am about Facebook. Facebook is a bigger threat to privacy than is Aadhaar. Both need to have very tight security. Mark Zuckerberg tried to pull a fast one in India with his Free Basics. Thank god, the government stopped it." Wadhwa also pointed out that it would be a massive problem in India if Facebook facilitated outside interventions in the elections, in the same way that it allowed Russians to sell political ads on Facebook in the United States.

Wadhwa predicts the iPhone 18 or 20 will have as much power as the human brain, and that India will get technologies similar to that of Star Trek over the next twenty years, and that electric self driving cars will significantly help towards cleaning up the environment. The interview can be found on The Economic Times website.