Employees must be judged on their work and not on ethnicity, religion or sexual orientation says IBM CEO Ginni Rometty

Speaking at the two-day IBM "The THINK Forum" here that kicked off on Monday, Rometty said that people should feel comfortable being whosoever they are.

Women employees, be it at senior or junior levels, must be judged on the basis of their work and not on ethnicity, religion or sexual orientation, IBM Chairman and CEO Ginni Rometty has said. 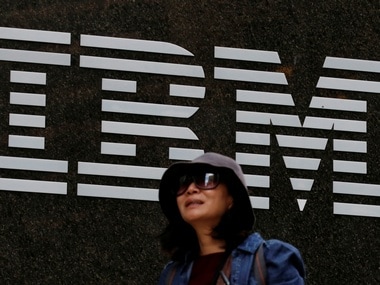 A woman passes by the IBM offices in New York. Image: Reuters

Speaking at the two-day IBM "The THINK Forum" here that kicked off on Monday, Rometty said that people should feel comfortable being whosoever they are.

According to Chanda Kochhar, CEO of ICICI Bank, fighting gender bias still remains a slow and tedious process in India while the country has made a great deal of progress in representing women across domains.

"I have always put forward this approach -- let the work speak. Within the organisation, I was fortunate enough to be the one hugely evolved in achieving gender diversity goals. We never felt that somebody is given a job because he is a male or another task if she is a female," Kochhar told reporters here.

"If you are capable, you will get your next job or your next responsibility," she said, adding that as long as you get what you deserve is also equality.

During the two-day event, senior IBM and key business leaders from the country will discuss the future of business and technologies that will shape the economy and society.

The sessions will touch upon the characteristics of the "Cognitive Enterprise" and IBM's "Innovation Outlook", a forward-looking view from IBM Research.