Neuralink devices were implanted on two sides of the monkey's brain to sense neuron activity.

Elon Musk's startup devoted to meshing brains with computers was closer to its dream on Friday, having gotten a monkey to play the video game Pong using only its mind. Musk has long contended that merging minds with machines is vital if people are going to avoid being outpaced by artificial intelligence. A video posted on YouTube by the entrepreneur's Neuralink startup showed a macaque monkey named "Pager" playing Pong by essentially using thought to move paddles that bounce digital balls back and forth on screen. 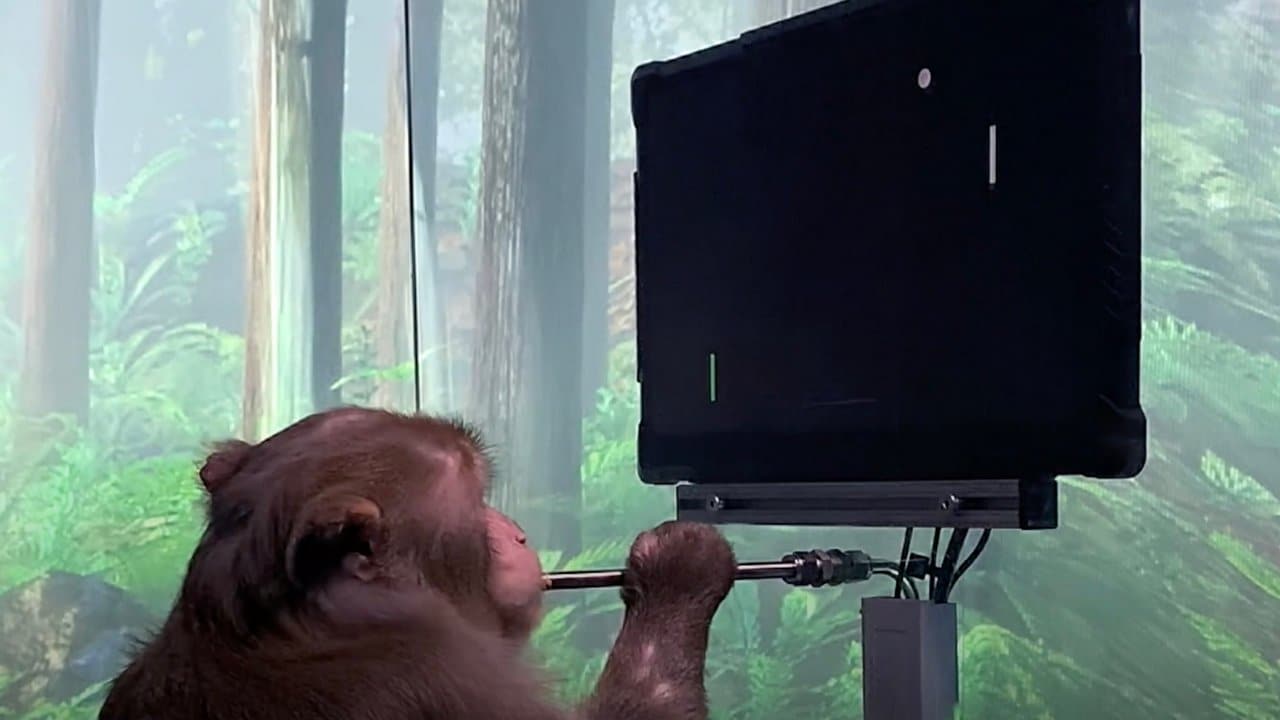 Pager's reward was banana smoothly served through a straw when he successfully batted the digital ball from one paddle to the other.

"To control his paddle, Pager simply thinks about moving his hand up or down," said a voice narrating the video. "As you can see, Pager is amazingly good at MindPong."

A monkey is literally playing a video game telepathically using a brain chip!!

Neuralink devices were implanted on two sides of Pager's brain to sense neuron activity, then the monkey played the game a few minutes using a joystick to let software figure out the signals associated with hand movements.

Pager's reward was banana smoothly served through a straw when he successfully batted the digital ball from one paddle to the other, according to the demonstration.

After a few minutes, the "decoder" program figured out what neuron signals to look for and the joystick was no longer needed for Pager to play the game.

The decoder could be calibrated to enable a person to guide a cursor on a computer screen, potentially letting them type emails, text messages, or browse the internet just by thinking, according to a blog post at neuralink.com.

"Our first goal is to give people with paralysis their digital freedom back," the Neuralink team said in the post.

Members of the team last year shared a "wish list" that ranged from technology returning mobility to the paralyzed and sight to the blind, to enabling telepathy and the uploading of memories for later reference -- or perhaps to be downloaded into replacement bodies.

For now, Neuralink is being tested in animals with the team working on the potential for clinical trials.

With the help of a surgical robot, a piece of the skull is replaced with a Neuralink disk, and its wispy wires are strategically inserted into the brain, a previous demonstration showed.

The disk registers nerve activity, relaying the information via common Bluetooth wireless signal to a device such as a smartphone, according to Musk.

"It actually fits quite nicely in your skull. It could be under your hair and you wouldn't know."

Experts and academics remain cautious about his vision of symbiotically merging minds with super-powered computing.