The newly eligible voter on Facebook would be sent a reminder by the Election Commission of India (ECI). This reminder would be sent in 13 Indian languages.

The Election Commission of India (ECI) has partnered with Facebook to remind newly turned 18 year old adults to register themselves to vote. 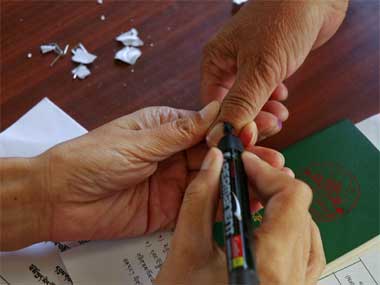 Those users who turn 18 between 28 November and 31 December will receive a reminder on their NewsFeed. Apart from wishing them on their birthday, Facebook would also remind the user to register their names with the Election Commission of India.

Further, on 30 November, those who have already turned 18 would be sent a reminder to register themselves to vote.

The newly eligible voter would be sent a reminder by the Election Commission of India. The reminder would be sent in 13 Indian languages. including English, Hindi, Gujrati, Tamil, Telugu, Malayalam, Kannada, Punjabi, Bengali, Urdu, Assamese, Marathi and Oriya.

On clicking the 'Register Now' button, the user would be directed to the National Voters' Services Portal.

Achal Kumar Jyoti, the Chief Election Commissioner of the ECI, said, "I am happy to announce that the Election Commission of India has launched a special drive to enrol all prospective and eligible young citizens of India as voters who are turning 18 years or more than 18 years on 1 January, 2018. This partnership of Election Commission with Facebook for the dissemination of information will help us reach out the young digital community of India in fulfilling our mission. "No Voter to be Left Behind’’ and “Every Vote Counts”."

Further, Nitin Saluja, Politics and Government Outreach Manager for India, South & Central Asia said, “People use Facebook to learn about, talk about, and get involved with the issues that matter to them. We want to build products that support this type of civic engagement, on Election Day and every day. Since the beginning of this year, millions of people in India have used Facebook to engage on elections, whether it's asking the candidates questions, sharing the latest news, or having a conversation about the issues with their friends and followers. Though our partnership with the Election Commission of India we hope to connect more people with the issues that matter to them, and build a more civically-engaged community.”