EESL to invite bids for supply of second lot of 10,000 electric vehicles by March-April 2018

The EESL MD said that the current government regulations do not allow a purchase of new e-cars and so requires leasing out under a hire-purchase agreement.

State-run Energy Efficiency Services Ltd (EESL) on Wednesday announced it will invite bids for supply of a second lot of 10,000 electric vehicles (EVs) around March-April next year. 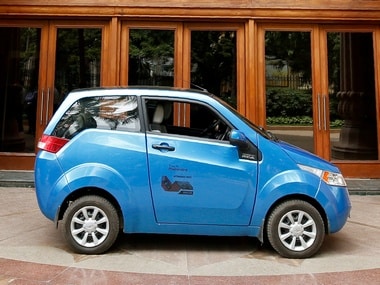 "There will be another tender for 10,000 electric cars in March or April next year," EESL Managing Director Saurabh Kumar told reporters here. He said EESL had an order to supply 2,000 EVs to the government for its fleet and the entire current order of 10,000 cars "will be out by next June".

The EESL MD also said that current government regulations do not allow a purchase of new e-cars and so requires leasing out under a hire-purchase agreement. The governments' National Electric Mobility Mission Plan launched in 2013 aims at gradually ensuring a vehicle population of about 6-7 million electric and hybrid vehicles in India by 2020. The vision enunciated two years ago is for India to have 100 percent EVs by 2030.

Kumar said the major roadblock in realising this vision is the lack of e-vehicle charging infrastructure. "The EV's cost of ownership per kilometre is less than a rupee, while for petrol it is Rs 6-7, for diesel Rs 5 and for CNG it is four rupees... so the obvious question is why are there so few electric cars," Kumar said.

"Because the most important challenge is to create a charging infrastructure and the biggest hurdle is that no one — apart from a discom (distribution company) — can buy or sell power," he added.

Kumar also revealed that beginning as a Rs 5 crore company in 2013, EESL is expecting a revenue of Rs 3,500 crore in the current fiscal. It has made capital expenditure of Rs 3,000 crore, which it intends to scale up to Rs 10,000 crore in the next few years.